Ultrasound is highly attractive because it is non-invasive, widely available and relatively inexpensive. Therefore, this imaging modality holds more promise than any other for screening common diseases (such as cancer or osteoporosis, which affect millions every year), and monitoring the response to treatments. There are however major drawbacks to conventional ultrasound methods: they lack specificity, remain qualitative, and are unsuitable for complex heterogeneous organs such as bone and the lung.

It is however possible to leverage the complexity of ultrasound propagation in complex media to find new sources of contrast. When ultrasound waves propagate in such complex media, diffusion processes and multiple scattering occur. By exploiting these phenomena and modeling scattering, attenuation and diffusion of ultrasound in tissue rather than simply relying on echolocation, one can retrieve properties that allow the quantitative characterization of tissue microstructure. Examples in vessel networks, in the lung and in bone will be presented. We will show how these mechanisms can be used to evaluate cancer malignancy, osteoporosis, or lung diseases such as pulmonary fibrosis and pulmonary edema.

Marie Muller received her BS in Physics from the Pierre et Marie Curie University in Paris, France in 2002, and her Ph.D in Physical Acoustics from the Paris Diderot University in Paris, France in 2006. After a postdoctorate at the Erasmus Medical Center in Rotterdam, the Netherlands, she returned to Paris, as an Assistant Professor with the Institut Langevin. In 2014, she moved to North Carolina and joined the Mechanical and Aerospace Engineering department at NCSU. She is also an associate Faculty with the Joint Department of Biomedical Engineering at UNC and NCSU. Her research interests include elastic wave propagation in complex heterogeneous media, with applications to medical imaging and tissue characterization. 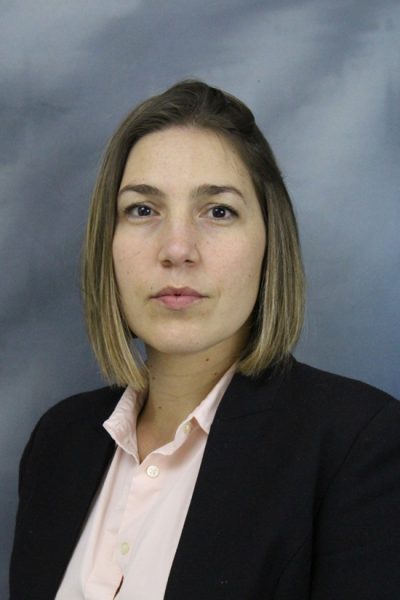