This work is comprised of three distinct contributions to the literature in the modeling and analysis of fluidic artificial muscles (FAMs) and systems which utilize them. First, a fully-coupled electrohydraulic system with single FAMs is used to study design parameter effects on the efficiency of a quadrupedal climbing robot. Its results indicate that increased actuator efficiency does not necessarily lead to increased system efficiency. This indicates that it is necessary to consider the FAM as well as the whole system must both be considered in order to optimize system efficiency. Secondly, the work explores the biomimicry of FAMs by presenting a novel way of controlling the activation of multiple FAM’s in parallel ‘bundles.’ It does so by taking advantage of elastic nonlinearities in FAM bladders to control the pressure at which a specific FAM is recruited; called ‘threshold pressure.’ Placing multiple FAMs with different threshold pressure under the control of a single throttle valve recruits some muscles before others. This is dubbed passive variable recruitment and is inspired by Henneman’s size principle, which governs the activation of mammalian muscle. The study indicates that activating FAMs in this way is advantageous in variable output systems which operate primarily in low-load, low-stroke regimes but require occasional outputs of large stroke and/or force. Lastly, the work explores multiple fully coupled electro-hydraulic systems and addresses the design considerations for increased performance and efficiency of both variable recruitment bundles and a single FAM. We propose an analytic model for predicting the upper-limit of performance of a given FAM bundle recruitment level as a function of load, FAM design parameters, and motor and pump operating characteristics.

Edward M. (Ted) Chapman was born in Charleston South Carolina and grew up in Palm Harbor, Florida. He graduated from Clemson University in 2008 with his B.S. in Mechanical Engineering, attended Navy Officer Candidate School and was commissioned as an ensign in the Navy in September 2008. He served as aboard USS THE SULLIVANS (DDG 68) through two deployments before attending Nuclear Power School in Charleston, SC. Upon completion of Nuclear Power School, he qualified as Engineering Officer of the Watch at Nuclear Power Training Unit in Ballston Spa, NY. He then served aboard USS THEODORE ROOSEVELT (CVN 71), qualifying first Propulsion Plant Watch Officer and then Nuclear Engineer before separating from active duty service in 2014 to begin his PhD studies. He begin his graduate studies at North Carolina State University in the department of Mechanical and Aerospace Engineering as part of the direct-track PhD program in August of 2014 under the direction of Dr. Matthew Bryant. 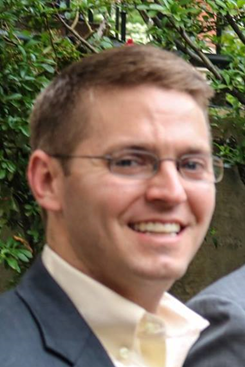