Magnetoelectric coupling in biferroic composite films enables control of polarization via magnetic field or manipulating the magnetization via electric field. There are fundamental challenges in fully exploiting the emergent properties in heterogeneous systems. In this project, a new design framework based on using patterned interfaces between the constituents is studied with the goal of enhancing electrically induced reconfigurability of the magnetic properties. A three-dimensional continuum based micromagnetic model is developed to simulate the magnetization process and strain-mediated magnetoelectric coupling. The model employs the Landau–Lifshitz–Gilbert equation along with mechanical equilibrium and Gauss’ Law. Thus, this approach falls within the category of phase-field methods used for non-conserved systems. To perform a quantitate verification of the model, the magnetization process in polycrystalline thin film with different crystallographic texturing and substrate-induced strain is compared with a set of experimental measurements. A comprehensive parametric study is then conducted to analyses the influence of material and geometric variations on the hysteretic behavior of thin films with periodically-ordered nanostructures. Finally, the magnetization process in biferroic heterostructures of NiFe2O4 and PbTiO3 is simulated. Composite thin films with flat, stripe-patterned, and square-patterned interfaces are considered. The results show that the interfacial patterning dramatically improves the magnetoelectric coupling and hence the electrically induced reconfigurability of the magnetic properties.

Youness was born on April 16th, 1983 in Tabriz, Iran. He went to his hometown university, University of Tabriz, to study mechanical engineering where he received his undergraduate degree in 2007 and his master’s degree in 2010. After working in industry for a while, he attended NC State University in 2013 to pursue his PhD in the same field. His research interest includes experimental characterization and computational modeling of engineering materials for understanding processing-structure-property relationships. While doing research, he was involved in teaching multiple courses during which he was recognized by Graduate Student Association for Excellence in Classroom Teaching. Youness is also interested in running marathons, cycling, reading, watching movies and playing/listening to music. 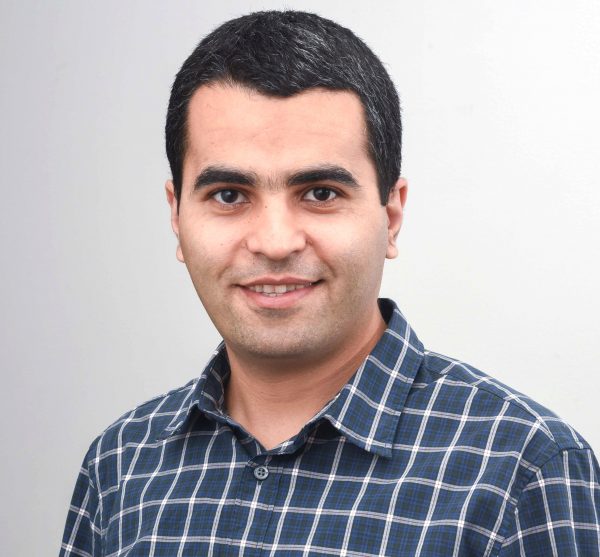