Fibrous cap rupture and the ensuing thrombus formation accounts for more than 50% of all cardiovascular deaths in the United States. While coronary calcification is clinically related to poor prognosis and used as a marker for the advancement of the disease it has not been successfully correlated with cap rupture. In a series of studies, we investigated the role of microcalcifications (μCalcs) in the vulnerability of plaque rupture.  In Vengrenyuk et al., (2006) it was first proposed that cap rupture is due to cellular level µCalcs in the cap proper, as opposed to large size calcifications (calcifications > 100 µm), which finite element analysis (FEA) predicted reduced peak circumferential stress (PCS). In Vengrenyuk et al., (2006), we demonstrated for the first time using HR-μCT the existence of μCalcs in the fibrous cap of human atheromas. The fact that one could see µCalcs using HR-µCT was an important breakthrough since µCalcs in the cap proper were thought to be rare, and therefore, hard to find by either histology or laser confocal imaging. In a much more comprehensive study (Maldonado et al., 2012), we examined 92 coronary vessels at 6.7-µm resolution HR-µCT to demonstrate the existence of thousands of µCalcs in the cap of almost 40% of the analyzed samples. We developed patient specific 3D finite element numerical approaches to quantitatively demonstrate that such μCalcs can increase by 200-700% the local stresses in the tissue, thus potentially rendering a stable atherosclerotic plaque into an unstable plaque and vulnerable to rupture. A quantitative analysis was conducted in Maldonado et al., (2013) to investigate the mechanism of rupture at the interface between μCalcs and soft tissue in the atheroma, and we found that the preferential mode of failure is cavitation, which is determined by the size of the µCalc, the strength of the bond between the µCalc and the tissue, the size of the initial void and the Young’s modulus of elasticity. A much more detailed HR-µCT study at 2.1-µm resolution (Kelly-Arnold et al., 2013) was conducted, in which it was possible to observe all µCalcs > 5 µm with particular emphasis on just those in the fibrous caps. This study permitted to more clearly identify lipid pools, atheromas, and the quantification of thousands of μCalcs in their caps. Collectively, these findings provide a plausible explanation for the etiology of vulnerable plaque rupture and asymptomatic sudden death.

Dr. Luis Cardoso is a Professor of Biomedical Engineering at the City College of New York (CCNY). He is a former postdoctoral fellow from NASA-NSBRI and he is currently director of the multiscale and functional imaging laboratory at CCNY. Dr. Cardoso’s research interest focuses on musculoskeletal and cardiovascular biomechanics, with particular interest on ultrasound wave propagation in human tissues, animal models, experimental biomechanics and contrast enhanced imaging of soft tissues using microCT. Dr. Cardoso’s expertise includes analytical and numerical approaches to investigate bone loss using poroelasticity, as well as hyperelasticity of blood vessels, fibroatheroma rupture and spinal cord injury. Dr. Cardoso is a member of an underrepresented group in research, with a strong commitment on providing high-quality training and mentoring to students from underrepresented groups. 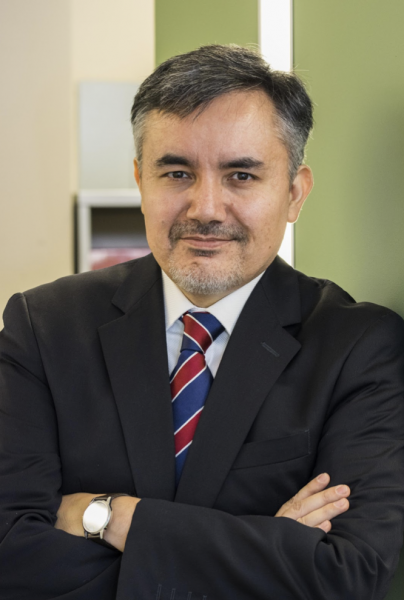