Advanced condenser surfaces with micro- and nanoscale wettability patterns have attracted much attention recently due to their potential to significantly increase performance in water harvesting and thermal management applications. Performance in these systems is measured in terms of the condensation rate, which is dictated not only by vapor-to-liquid phase change processes but also by the transport of condensed liquid droplets along the condenser surface. Computational fluid dynamics modeling offers a pathway to design surface patterns that optimize condensation rates, but few studies have considered the complexities of condensation and liquid transport on patterned surfaces simultaneously. Interfacial mobility and mass accommodation coefficient, two parameters that quantify how readily liquid-vapor interfaces move and how easily vapor phase atoms stick to droplets, are needed for CFD modeling of simultaneous condensation and fluid flow.  However, there is significant uncertainty in the values of these parameters in the vicinity of micro- and nanopatterned surfaces, which tend to produce very small droplets. In this talk, I will describe my group’s recent efforts to obtain these parameters from analysis of atomistic transport processes. Specifically, I will present a robust new computational method we developed to compute liquid-vapor interfacial mobilities and discuss our calculations of drop size dependent accommodation coefficients.

Jennifer R. Lukes is currently Professor of Mechanical Engineering and Applied Mechanics at the University of Pennsylvania.  Her research activities are directed toward understanding the unusual thermal, fluid, and mass transport phenomena that emerge as the characteristic dimensions of devices and materials approach the nanometer scale. Her primary focus has been the development and application of computational methods to investigate the thermal transport characteristics of nanostructures such as carbon nanotubes, superlattices, nanowires, and ultrathin solid films.  Professor Lukes received her B.S. in Mechanical Engineering magna cum laude from Rice University in 1994 and was elected to Phi Beta Kappa that same year.  Following her undergraduate studies, she worked in industry as a facility engineer at Amoco Production Company.  A National Science Foundation Fellow, she returned to academia and earned her M.S. and Ph.D. degrees in Mechanical Engineering at the University of California, Berkeley in 1998 and 2001.  She joined the Department of Mechanical Engineering and Applied Mechanics at the University of Pennsylvania in September 2002 as William K. Gemmill Assistant Professor.  Professor Lukes received the National Science Foundation CAREER Award in 2006. In 2007 she was selected to participate in the National Academy of Engineering’s U.S. Frontiers of Engineering Symposium, and in 2011 she was invited to the National Academy of Sciences’ Indonesian-American Kavli Frontiers of Science Symposium.  A member of the American Society of Mechanical Engineers and  the Materials Research Society, she has organized technical sessions, symposia, and a conference in the area of nanoscale thermal transport. 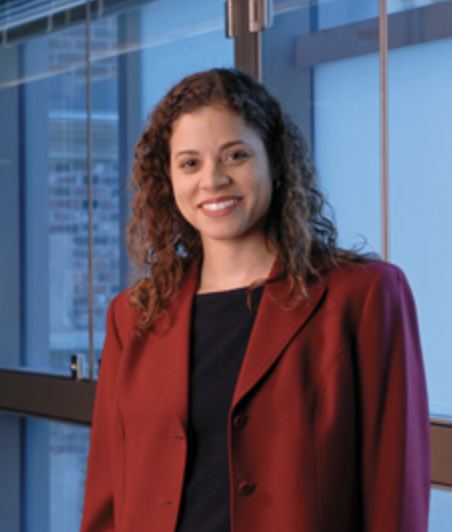