Electrical fields induce fluid motion in many systems such as water-oil mixtures, electrolyte fluids, and colloidal suspensions. Similarly, electric fields can be used to move liquid droplets. Electrically induced droplet motion is used in many processes such as commercial ink-jet printing, petroleum oil dehydration, electrospraying, electrospinning, electrowetting in digital microfluidics and lab-on-a-chip manipulations. The tendency for adjacent droplets to coalesce is an important issue in many practical applications such as emulsification, or oppositely, the formation of waterin-oil emulsion is undesirable in crude oil production. Numerous studies have considered the droplet motion in a dc electric field, however, a few experiments in liquid-in-liquid system under an alternating electric field have been conducted. This dissertation experimentally studies fundamentals and applications of electrohydrodynamics of microdroplets in an alternating electric field. This research work studies an application of an electric field based method for in situ emulsification of water droplets immersed in a continuous oil phase. The emulsification of a water microdroplet placed in oil was performed using a non-uniform alternating electric field formed in the pin-to-plate geometry. The emulsification process started with entrainment of the water droplet in the high electric filed region near the pin electrode under the dielectrophoretic force. Breakup mechanisms responsible for a gradual dispersion of the water droplets are discussed. Water droplets with a narrow size distribution are formed at long processing times. The generated emulsion is confined near the needle electrode and had a well-defined boundary with a shape resembling a pendant drop suspended on the pin electrode. The opposite process, partial coalescence of microdroplets is of interest for many microfluidic applications where a controlled fluid transfer from one droplet to another is required for mixing, dispensing and metering of chemical and biological fluids. This work studies a phenomena of oscillatory coalescence of water droplets situated in an alternating electric field. The oscillatory coalescence exists in a range of electrical capillary numbers and fluid conductivities and proceeds through a finite number of cycles. Each cycle includes repulsion and attractive stages and results in a partial fluid transfer through a liquid bridge formed between droplets during the repulsion stage. An energy model is proposed to describe the phenomena and its limit of existence.

Suhwan Choi was born on April 14, 1982 in Jecheon, Korea. He joined North Carolina State University in Fall 2010 for Master of Science program in Mechanical Engineering. After completing MS in 2013, Suhwan Choi decided to pursue his doctoral degree. Under the guidance of Dr. Alexei V. Saveliev, he performed research on Manipulating Microdroplets in Alternating Electric Fields: Dispersion, Coalescence, Bridging, and Fluid Transfer 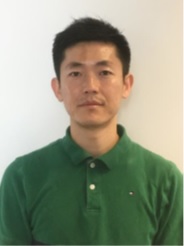