About the Dr. Hassan A. Hassan Distinguished Lecture Series:

The Dr. Hassan A. Hassan Distinguished Lecture Series was established in 2015 through the generosity of Dr. Hassan’s former students and faculty members as a way to honor his staggering impact on NC State’s Department of Mechanical and Aerospace Engineering.

In 1962, Dr. Hassan joined North Carolina State University as a full professor and spent 53 years at NC State before beginning his phased retirement in 2015. While at NC State, he was the major adviser to 34 doctoral students, he authored more than 200 publications, and has been recognized with numerous research awards; including the Alcoa Foundation Distinguished Engineering Research Award in 1987, the Alumni Distinguished Graduate Professor in 1991, the NASA Public Service Medal in 1992, the R. J. Reynolds Co. Award for Excellence in Teaching, Research, and Extension in 1993, the AIAA Thermophysics Award in 1999, and the Alexander Holladay Medal For Excellence in 2004 – the highest honor bestowed on a faculty member by the NC State trustees. Dr. Hassan died at the age of 87 in 2019, but through his massive contributions to the field of Aerospace Engineering, and through the Dr. Hassan A. Hassan Distinguished Lecture Series, his legacy lives on. 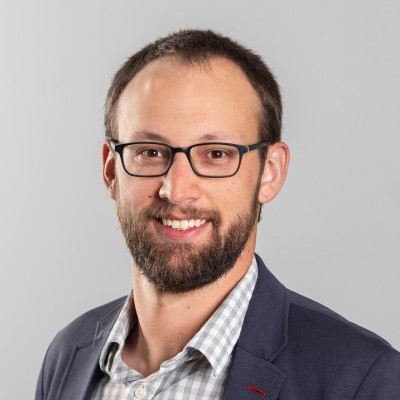 Ben Murphy combines his passion for supersonic propulsion systems and the environment as Boom Supersonic Head of Sustainability Policy. Prior to this role, Murphy’s career at Boom has been dedicated to propulsion system design, analysis, and testing, with an eye towards sustainability. He led operability and performance testing of the J85 engine used in XB-1, including testing using >50% Sustainable Aviation Fuel (SAF) blends.

Before joining Boom in 2017, Murphy worked at GE Aviation supporting flight tests and supersonic engine development, including engines used on the F-15, F-16, and new programs.