Abstract: This research develops a low-power, high speed interrogation system for interrogating fiber Bragg grating (FBG) strain sensors under dynamic loading of mechanical and aerospace structures. The interrogation system is based on a vertical cavity surface emitting laser (VCSEL) light sources. To achieve this goal, the multiplexing capacity of FBG sensors using a narrow bandwidth light source is first maximized. Specifically, a spectral profile division multiplexing technique is derived to track each FBG wavelength shift in a serially multiplexed FBG network. Each sensor in the network is uniquely characterized by its own reflected spectrum shape, thus spectral overlapping is allowed in the wavelength domain. Spectral distortion caused by multiple reflections and spectral shadowing between FBG sensors that occur in serial topology sensor networks, are considered in the identification algorithm. To detect the Bragg wavelength shift of each FBG, a nonlinear optimization function based on the output spectrum is constructed and a modified dynamic multi-swarm particle swarm optimizer is employed. Next, the feasibility of using the developed interrogation technique in shape sensing of Kevlar woven fabrics is demonstrated, To back out the surface deflection of a central loaded circularly clamped dry woven fabric, a finite element model exceptionally considering edge slipping effect was developed to understand fabric deformation. Due to fabric edge slipping, large deflection level of the fabric, a modified empirical approximation approach was found to be the optimal choice for the deflection reconstruction.

To construct interrogation system, several VCSELs at different wavelength were multiplexed into an arrayed architecture by using a digital multiplexer. High-speed scanning of the VCSEL array is achieved by a high-speed switch circuit. The developed swept source is then demonstrated for interrogating an FBG sensor integrated with a composite laminate that is subjected to a low velocity impact and a shock wave loading. Full spectrum of the FBG during the impulse loading were captured at 10 kHz over a wavelength of 4 nm and 4 kHz over a wavelength of 10 nm. The interrogation results are compared with DIC measurements of the strain field in the composite and high-speed swept laser measurements. The good agreement between different measurement techniques indicate a promising low-power FBG interrogator for structure health monitoring of engineering structures.

Biography: Guodong Guo was born in Gansu, China. He obtained his M.S. degree in mechanical engineering from Northwestern Polytechnical University in 2013 after received his Bachelor’s degree. In 2015, he started to pursue his PhD degree in the Department of Mechanical and Aerospace Engineering in North Carolina State University under the direction of Dr. Kara Peters. In his spare time, Guodong enjoys jogging and swimming. 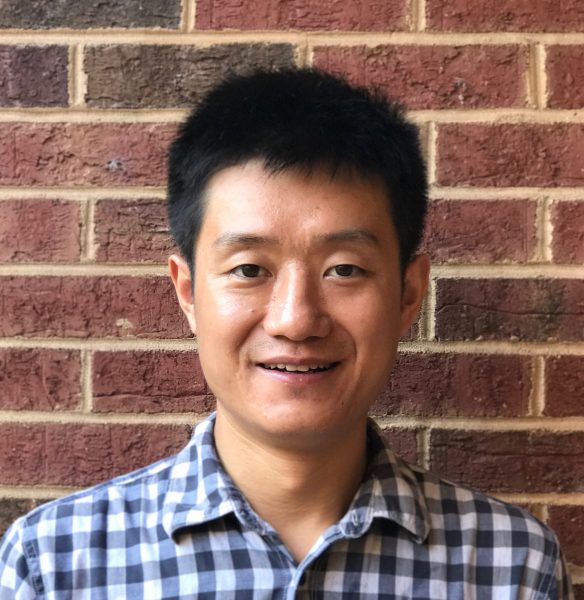