Recent interests in hybrid aerial-submersible vehicle technology has lead to the development of many such vehicles. Current fully-functional designs consist of either multirotor vehicles or micro air vehicles. Fixed wing vehicle designs exist with only partial capabilities, or suffer from scaling issues. The Eagleray vehicle developed at North Carolina State University with support and expertise from Teledyne Scientific fills the design niche of a fully-functional fixed wing vehicle capable of multiple transitions between air and water. In the design of Eagleray, and all hybrid unmanned aerial and underwater vehicles, buoyancy management and weight were two major factors. Large wing volumes used by unmanned air vehicles to fly efficiently drive vehicle buoyancy up, preventing them from submerging. Heavy active buoyancy control systems can overcome this, but cost weight, energy, and time to transition between underwater operation and flight. Eagleray uses an alternative design, consisting of a passively flooding and draining wing.
This work first demonstrated the feasibility of the floodable wing design and Eagleray vehicle concept as a potential solution to the challenges of submerging high volume wings. To demonstrate viability, three conditions were defined. The first is that the wing must drain enough water to enable it to takeoff from a fully submerged condition, the second is that the vehicle must be controllable during egress and all other mission regimes; and finally, the design features that enable draining must not degrade aerodynamic performance to the point that maintaining level flight is not possible. A detailed wing design was developed and constructed. A test rig that used a counterweight to pull the wing out of the water was used to better understand the wings draining capability. Next, the wing was “flown” underwater on a prototype vehicle in a swimming pool to demonstrate underwater handling characteristics. Preliminary takeoffs were conducted by tethering the vehicle to heavy weights in the swimming pool. Finally, the completed vehicle prototype demonstrated four air flights. Flights consisted of egress from water, flight in air, and ingress into water each flight. A total of 11 minutes, 23 seconds of flight time was recorded as well as underwater swims down to 12ft below the surface.
Having demonstrated that the passively flooding and draining wing concept is a viable solution, attention was turned to deriving and experimentally validating a mathematical dynamic model to predict draining performance that is general to any floodable component. The draining model was created by combining a dynamic model of an egressing vehicle with a dynamic model of the water entrained in the given flooded component of the vehicle and an orifice nozzle flow equation. The state of both the vehicle and the water entrained in the vehicle were calculated. The dynamic model was verified experimentally on both a simple cylinder and the full wing structure. With proper tuning, the model captures the salient dynamic behavior of passive draining during vehicle egress. The model was used to accurately predict the takeoff performance of the Eagleray vehicle.
The final research objective was to characterize the aerodynamic drawbacks that result from the design features implemented to enable wing flooding and draining. This was done experimentally by measuring lift and drag of 3D printed models in a wind tunnel. Models of the wing consisted of different design features, such as open wingtips to allow air ingress, and a shortened trailing edge to enable draining when control surfaces are closed. By using wing models with different combinations of these design features, it was possible to show the combined effect of the design features. The results indicated that there was no measurable change in lift or drag associated with the features of the wing that enable it to drain passively.
BIOGRAPHY:
William Stewart received the B.S. degree in aerospace engineering and the M.S. degree from North Carolina State University in 2011 and 2014, respectively. From 2010 through 2014, he was a leader of the NC State University Aerial Robotics Team. In 2013, he worked on the Dream Chaser spacecraft structures team at the Sierra Nevada Corporation developing a structural acceptance testing sensor network. From 2014 through 2018 he has worked as a research assistant on the Eagle Ray project for the Smart Composites Lab. His research interests include aerodynamics, dynamics, vehicle design, and nondestructive testing. Mr. Stewart is a two-time AUVSI student UAS competition champion, 2010 and 2014. He is a Fellow of the American Society for Nondestructive Testing. 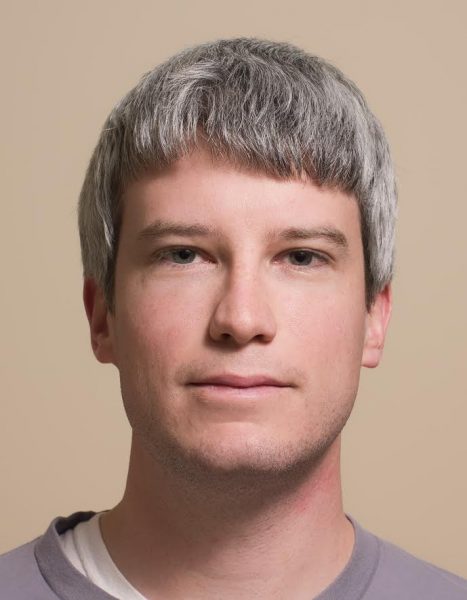