Abstract: Temperature is an important thermochemical property in combusting flows that holds the key to uncovering pollutant formation, flame extinction, and heat release. Laser diagnostic techniques have become popular tools for non-invasive thermochemical measurements in reacting flows, owing to their relative simplicity in implementation and their ability to provide multi-dimensional, temporal, and multi-variable measurements. In a practical combustion environment, the local composition is typically unknown, which hinders the effectiveness of many traditional non-intrusive thermometry techniques. This study aims to offset this limitation by developing laser-based thermometry techniques that do not require prior knowledge of the local composition. Recent developments of krypton laser-induced fluorescence (Kr LIF) have encouraged its extension to composition-independent thermometry and pressure measurements in gaseous combustion, as seeded krypton gas offers several significant advantages over other seeded or in situ species extensively featured in previous works. The principal of thermometry techniques developed in this work leverages the thermochemical dependence of the overlap integral, and therefore requires an extensive analysis of the Kr LIF absorption spectrum.

Biography: Dominic Zelenak, son of Ray (Sr.) and Denise and brother to Ray (Jr.) and Amanda, was raised in Fostoria, Ohio. He attended Trine University in Angola, Indiana, and obtained his Bachelor of Science in Mechanical Engineering in May 2014. Following graduation, Dominic accepted an offer to join the Turbulent Shear Flow Laboratory at North Carolina State University’s Department of Mechanical and Aerospace Engineering under the advisement of Dr. Venkat Narayanaswamy in August 2014 to pursue his MS and PhD. At the focus of his research project was the development and demonstration of composition-independent laser diagnostic techniques using krypton planar laser-induced fluorescence to measure temperature in combustion flows. Dominic received his Master of Science in Aerospace Engineering in December 2017 and continued graduate school to complete his PhD. 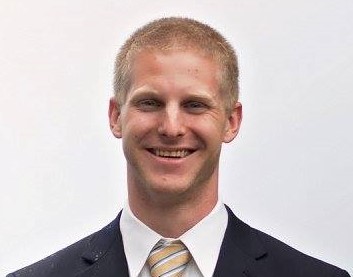