We study the geometric mechanics of origami assemblages and investigate how geometry affects behavior and properties. Understanding origami from a structural standpoint can allow for conceptualizing and designing feasible applications across scales and disciplines of engineering. We review the basic mathematical rules of origami and use 3D-printed origami legos to illustrate those concepts. We then present a reduced-order-model, which consists of an improved bar-and-hinge model, to simulate origami assemblages. We explore the stiffness of tubular origami and kirigami structures based on the Miura-ori folding pattern. A unique orientation for zipper coupling of rigidly foldable origami tubes substantially increases stiffness in higher order modes and permits only one flexible motion through which the structure can deploy. We couple compatible origami tubes into a variety of cellular assemblages that enhances mechanical characteristics and geometric versatility, leading to the design of structures and configurational metamaterials that can be deployed, stiffened, and tuned. We have designed, fabricated (using direct laser writing), and tested (SEM) this metamaterial at the micron-scale. This resulted not only in the smallest scale origami assembly, but also in a metamaterial with intriguing mechanical properties, such as anisotropy, reversible auxeticity, and large degree of shape recoverability. The presentation concludes with a vision toward the field of origami engineering, including origami robots with distributed actuation, allowing for on-the-fly programmability, and other interdisciplinary applications.

Attend Dr. Paulino’s Seminar in person on Friday, Sept. 9 at 10 a.m. in the Textiles Convocation Center Room 2225 or click here to watch the seminar livestream. 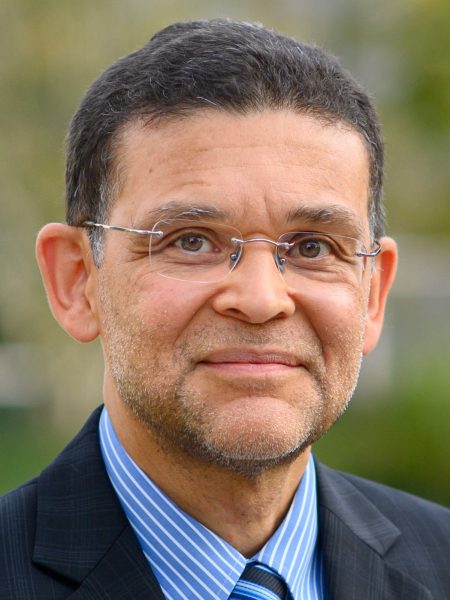 Professor Paulino is the Margareta E. Augustine Professor of Engineering at Princeton University. His seminal contributions in the area of computational mechanics include the development of methodologies to characterize the deformation and fracture behavior of existing and emerging materials and structural systems; topology optimization for large-scale multiscale/multiphysics problems; variational methods; deployable structures and origami engineering. Recently (2020), he received the Daniel C. Drucker Medal of ASME, the Raymond D. Mindlin Medal of ASCE, and the Reddy Medal from Mechanics of Advanced Materials and Structures (MAMS 2020). He also received the 2015 Cozzarelli Prize from the National Academy of Sciences, “which recognizes recently published PNAS papers of outstanding scientific excellence and originality.” He is a member of the US National Academy of Engineering (NAE), and a former President of the Society of Eng. Science (SES). More information about his research and professional activities can be found at the following link: