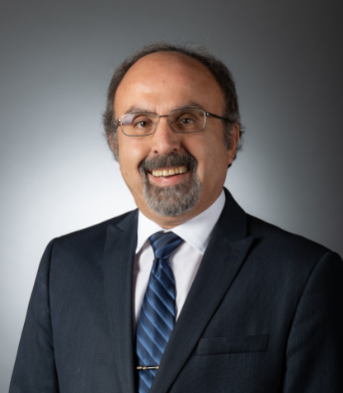 Dr. Reyhanoglu is currently the Glaxo Wellcome Distinguished Professor and Chair of Engineering, and the Director of NC State-UNC Asheville Joint Engineering Programs. His extensive research makes use of advanced mathematical techniques and models that arise from fundamental physical principles. His major research interests are in the areas of nonlinear dynamical systems and control theory, with particular emphasis on applications to mechanical and aerospace systems. Dr. Reyhanoglu has published three edited books, authored and/or co-authored six book chapters and over 130 peer-reviewed journal/proceedings papers, which have resulted more than 6000 citations according to Google Scholar. He served on the IEEE Transactions on Automatic Control Editorial Board as an Associate Editor from 2001 to 2007, on the IEEE Control Systems Society CEB as an Associate Editor from 1996 to 2001, and on AIAA Guidance, Navigation, and Control Technical Committee as a member from 1999 to 2002. He also served as International Program Committee member for several conferences. Dr. Reyhanoglu is currently an Editor of International Journal of Aerospace Engineering.