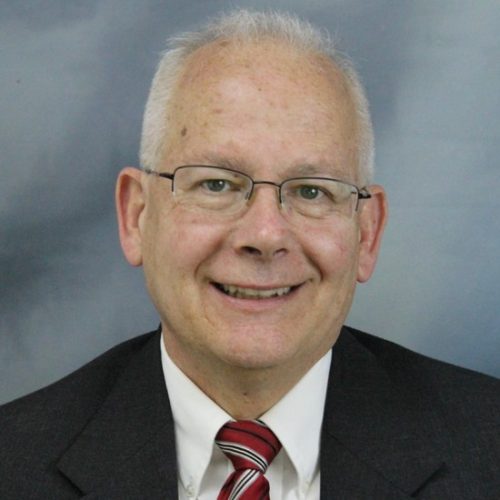 In the classroom, Dr. Gould teaches MAE 201 Engineering Thermodynamics I, MAE 501 Advanced Engineering Thermodynamics and MAE 310 Heat Transfer Fundamentals. Thermodynamics is essentially two subjects in one: 1st and 2nd law analyses, and the thermodynamic properties of materials. His approach in these classes is to use a systematic approach to solving these problems and to emphasize the two aspects of these problems, overcoming confusion and providing greater depth to the subject. His approach in MAE 310 is to focus in class on solving practical problems. For example, the problem of finding the critical (optimal) thickness of insulation is interesting in that the solution depends on the competing effects of reduced resistance due to convection and the increased resistance due to conduction.

As a research adviser, Dr. Gould usually meets with his students weekly. His students are self-motivated and interested in contributing to society through the engineering of systems and processes that improve efficiencies and conserve our energy resources.

Outside of work, Dr. Gould enjoys riding bicycles and motorcycles, watching football and soccer, working on home improvement projects and participating in church and mission activities.

Dr. Gould's long-term research goal is to contribute to the improvement of energy utilization, drawing on his technical experiences in the thermal-fluids area. Most recently, he has been 1) developing cooling methods for high-power solid-state electronics for the smart grid, 2) developing a ceramic particle based heat transfer fluid for extremely high temperature applications, 3) developing for third-world countries a low-cost, robust, cooler (chest) for vaccines, and 4) studying the dependence of daily changes in weather on residential energy use toward the goal of developing algorithms and heuristics that optimize the usage times of home appliances.

Support of this proposal would allow the NC State Motorsports student groups to update their fabrication shop with the purchase a CNC Laser Tube Cutter, a Proto-max Waterjet and will also provide funds to support the Baja and Formula SAE teams.

Support of this proposal would allow the NC State Motorsports student groups to update their fabrication shop with the purchase a Haas CNC Minimill, a Vectrax 13â€ swing engine lathe and will also provide funds to support the Baja and Formula SAE teams.

This grant will be used to purchase a Romer Absolute Scanning Arm (or similar) Coordinate Measurement Machine.

The SuperCascode Power Module (SCPM) is a new approach to high voltage switches introduced by USCi. Inc. The SCPM uses a series string of SiC JFETs in a cascode configuration switched with a Si MOSFET. This one year project shall develop a medium voltage (MV) 6.5kV/50A/100A SCPM with extension to 200A, and a continuous Full-Power emulation Test Platform (FPTP) based on the ERC concept, which shall demonstrate full-power in-situ performance of the SCPM.

NCSU will construct and instrument a bench-scale gravity flow system for testing the heat transfer characteristics of a novel high temperature HTF.

The goal of this project is to design a 20kVA Gen-2 SST by using 15kV SiC MOSFET and JBS DIODE. These devices are recently developed with the support f Cree Inc. The device will be packaged in the summer of 2010 and delivered to NCSU team for SST development. One major objective is to achieve major size reduction when compared it with Gen-1 based SST. Another objective is to increase the efficiency. The research also has the objectives to identifying other major issues related to implementing a high voltage system using SiC power device, namely the challenges in designing a system to support high dV/dt and dI/dt, and to design a very efficient and compact high frequency transformer

Shape memory alloys (SMAs) exhibit a phase transformation that is driven by temperature and stress. Changes in these fields can be used to exploit behaviors such as the shape memory effect (SME) and pseudoelasticity. The microstructure and behavior of SMA materials are quite complex. Various constitutive models have been developed over the last twenty years to simulate their complex behavior for design of systems incorporating SMA components. SMAs have been successfully implemented in biomedical applications for many years because the pseudoelastic effect is usually employed exclusively, thereby simplifying the SMA material behavior and resulting mechanical system considerably. Models for pseudoelastic behavior are correspondingly simpler than comprehensive SMA constitutive models. Consequently, implementations of pseudoelastic models can be found in commercial structural analysis codes, which have aided significantly in the implementation of SMA materials for biomedical applications. SMAs also have great potential for many other application areas, such as aerospace, where actuation and the accompanying SME are desirable. The material behavior in these cases is much more complex and the application itself often involves complex structural systems with coupling between thermal and mechanical responses. The scarcity and delay in implementation of SMAs into applications involving actuation is largely due to the complexity of SMA behavior as an actuator. A comprehensive SMA constitutive model is required for high-fidelity analysis and design incorporating such complex behavior. Models of this type have not been available in commercial structural analysis codes, thereby exacerbating the slow application of SMA actuation technology. Recent advances in SMA materials synthesis and processing are enabling new applications for SMA materials, e.g., at higher temperatures, which is often accompanied by additional microstructural complexity. This parallel effort in material synthesis underscores the need for comprehensive SMA models for actuation. Under NNL08AD23T several state-of-the-art SMA constitute models were evaluated to assess the requirements for model extensions and refinement. Significant differences in fidelity, range of application and practical use considerations were identified in this process. A model was selected for further development because of advantages for multi-axial stress and thermo-mechanical coupling model requirements. The purpose of this task order is to extend the selected model to thermo-mechanically coupled polycrystalline actuator behavior under multi-axial loading and implementation of the extended model in ABAQUS. The goal of this task order is to perform the identified model extensions and refinements and validate the new models against benchmark experimental test data.

The Generation 1 of SST is required to be a bidirectional Si- baseline single-phase 10kVA system which can interface with existing 12kV distribution voltage and deliver 120V ac single phase output. One design of SST has three components ? (a) rectifier stage for interface with 12kV distribution grid which will be implemented by MST, (b) bidirectional isolated dc-dc converter ? two different topologies will be implemented and evaluated by FSU and NCSU, (c) inverter stage with single phase 120V ac output implemented by ASU. These SST components (from the multi-campus projects) with their controls will then be integrated in one prototype system and tested to verify all functionalities of SST at NCSU laboratory. The Generation 1 of SST will be a demonstration of a functional and tested SST prototype by the end of Year 1.