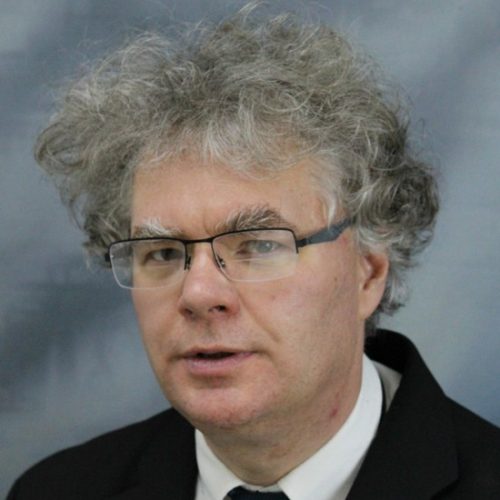 At the graduate level, Dr. Kuznetsov teaches Heat Transfer Theory and Applications (MAE 505) and Advanced Convective heat Transfer (MAE 708). In both of these courses, he presents real-life problems that have unexpected solutions. For example, he once told his students the true story of a problem that several Cosmonauts faced when first arriving at an uninhabited space station. The station was without power and its interior was very cold. They needed to know precisely the temperature in the station but did not have any devices to measure temperature. So, one of the Cosmonaut’s spit on a wall and measured with a watch the time it took for it to freeze. Stories like this demonstrate how physical principles solve problems in unexpected ways and bring the material to life.

At the undergraduate level, Dr. Kuznetsov teaches Fluid Mechanics I (MAE 308) and Heat Transfer (MAE 310). He complements the fundamental treatment with videos showing different effects and a lot of modern topics, like a discussion on why biological cells dehydrate when they freeze and the wonderful properties of superfluid liquid helium.

Dr. Kuznetsov’s students, like himself, are more than anything else obsessed with modeling fluid-thermal systems, which fosters a stimulating research environment. In fact, Dr. Kuznetsov’s graduate students, after first working with him, are often surprised and pleased to discover that he treats them as colleagues. They enjoy an atmosphere of stimulating discussions on competing ideas. The biotechnology focus of the research also makes the subject particularly interesting.

Outside of work, Dr. Kuznetsov spends time with his family.

Dr. Kuznetsov's long term goal is to further the advancement of modeling fluid-thermal systems. Presently, Dr. Kuznetsov is developing models of electrically charged monolith filters capable of capturing viruses and he is developing a mechanistic model of neuron deterioration in Alzheimer patients. In MAE, Dr. Kuznetsov collaborates with Dr. Roberts and Dr. Ro.

A microscale study of turbulent flow in the porous medium and at the porous/fluid interface: combining LES, DNS, and Neural Network approaches
National Science Foundation (NSF)(1/01/21 - 12/31/23)

A microscale study of turbulent flow in the porous medium and at the porous/fluid interface: combining LES, DNS, and Neural Network approaches

The objective of the proposed research is to elucidate the physics of how flow structures are transported inside a porous medium and across a porous/fluid interface to inform macroscopic turbulence modeling. Turbulence in porous media is limited to the pore-scale with an exception of an interface with a clear fluid. The microscale inhomogeneity and non-stationarity in turbulence that we have observed in the preliminary work in infinite porous media challenge the validity of present modeling paradigms. There is a need for a systematic study of microscale turbulence transport under this new paradigm to understand and model the distinct phenomena observed across the regimes of turbulent porous media flow. The proposed research will use LES and DNS to evaluate the dynamic properties of the flow structures with special consideration on interfacial transport.

One of the most controversial topics in the field of convection in porous media is the issue of macroscopic turbulence. It remains unclear whether it can occur in porous media. The PIÃƒÂ¢Ã¢â€šÂ¬Ã¢â€žÂ¢s preliminary work suggests that the size of the pores determines the maximum size of turbulent eddies. If the size of turbulent eddies cannot exceed the size of the pores, then the turbulent phenomenon in porous media differs from turbulence in clear fluids. Indeed, this size limitation must have impact on the energy cascade, for in clear fluids the turbulent kinetic energy is predominantly contained in large eddies. The proposed project will address this issue tackling such questions as: What are the implications of the new understanding of turbulence for heat transfer in porous media? How the kinetic energy enters such turbulence and where it is contained? What are the typical ranges and distributions of the turbulent Prandtl number in such flows? The PI will carry out extensive DNS studies for various 2D and 3D porous media geometries. He will investigate porous media with different pore sizes and study the effects of the solid walls bounding a porous channel. Turbulent structures that appear in a porous medium will be compared with those in a clear fluid; their effects on convective heat transfer will be analyzed. The proposed research will allow developing reliable heat transfer models for turbulent convection in porous media.

COMPUTATIONAL INVESTIGATION AND OPTIMIZATION OF MONOLITH FILTERS FOR AIR FILTRATION AND PURIFICATION TO COUNTERACT A POTENTIAL BACTERIOLOGICAL TERRORIST ATTACK
NATO Programme for Security Through Science, The(7/27/11 - 7/31/14)

The proposed research will provide methods for optimal designing of aerosol filters for physical protection of personal and purification of air contaminated by viral particles or military-grade bacteria. In order to accomplish this task, the research team will determine the correlation between channel diameter, particle size, and the probability of capturing of a viral particle entering a pore of the monolith filter. For developing an accurate correlation, we will investigate the effects of the Brownian motion and electrostatic charge (both in the particle and on the surface of the filter) on submicron particles (< 300 nm) in airflows containing laminar flow monolith filters with open channels of 0.5-5 micrometer in diameter.

Simulation of Unsteady Reacting Flows in Pulsejets with Ejectors

Augmentors/ejectors are completely passive devices downstream of the propulsion system exhaust and offer the potential to increase the thrust and specific impulse of unsteady propulsive engines by as much as 75%. This is achieved by capturing the starting vortex emitted from the exhaust duct and the resulting entrained fluid. This increases the effective mass flux, at the expense of effective velocity, resulting in higher thrust and better fuel efficiency. There have been a number of experimental and computational studies on augmentors for both pulsejets (subsonic exit velocity) and PDEs (supersonic exit velocity) by Krothapolli at FSU, Paxson at NASA Glenn, and Gutmark at Cincinnati, to name a few. Much of the early experimental work with pulsejet + augmentor combinations was carried out by R. Lockwood while at the Hiller Aircraft Company in the 1960?s. However, there is still considerable room for optimization of the augmentor geometry.

We propose to investigate the effects of Brownian motion and electrostatic charge (both in the particle and on the surface of the filter) on submicron particles (< 300 nm) in airflows containing laminar flow monolith filters with open channels of 0.5-5um in diameter. A monolith filter, where an aerosol flow is filtered in circular channels, insures a high surface to volume ratio, which improves overall filtration efficiencies as particle capture occurs on the surface of the membrane. Improved filtration efficiencies at lower pressure drops can be obtained by charging either the particles, the filter, or both. Charge on the filter surface can induce a dipole on uncharged particles, and electrostatically attract the particle to the surface of the monolith, thus improving capture efficiency.

Enhancing Mixing in Micro Volumes of Fluid by Utilizing Bioconvection
NATO Programme for Security Through Science, The(4/18/05 - 12/31/07)

Enhancing Mixing in Micro Volumes of Fluid by Utilizing Bioconvection

The proposed research is focused on the application of bioconvection to microfluidic mixing and its usefulness to the medical and pharmaceutical communities. Bioconvection is a convection process induced by the motion (which generally has a domination direction, such as upswimming) of a large number of self-propelled microorganisms. The proposed research focuses on conducting a thorough numerical investigation of the effect of bioconvection on fluid mixing in micro volumes and comparing these theoretical predictions with experimental results. This is a new and important subject of fundamental research in fluid mechanics that will result in developing new methods and approaches in fluid mechanics and numerical analysis. The proposed research is also closely linked to practical applications, such as biotechnology, because biotechnology is increasingly involved with large numbers of experiments, such as analyses of DNA or drugs, screening of patients, and combinatorial synthesis, all of which are processes that often require handling micro volumes of fluids. At the microscopic scale, controlled mixing of fluids becomes something of a challenge, as the associated Reynolds number is so small that the flows do not become turbulent. Traditionally the mixing of fluids on such a small scale has been limited to diffusion. Due to the microscopic size of the organisms involved in bioconvection (a typical cell volume is 10-16m3) bioconvective flows would seem an ideal and novel design for microfluidic mixing. The proposed research will pave the way for further advances in biotechnology and medicine.