In honor of Dr. Carl Zorowski, the Department of Mechanical and Aerospace Engineering invites you to attend the inaugural lecture of the Zorowski Distinguished Lecture Series, entitled “Measurements and Modeling in Infrastructure and Composite Tow Layup: Commonality in Adhesive Bonding” with Dr. Michael A. Sutton. 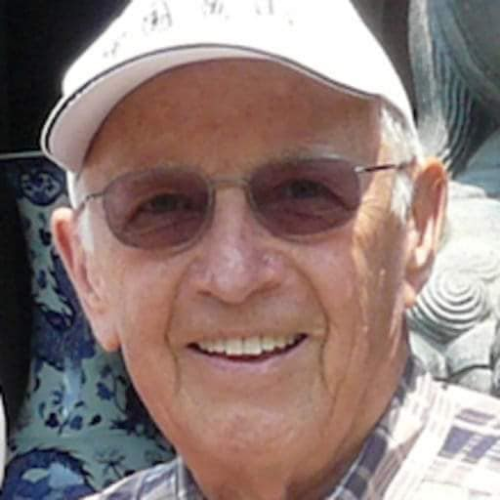 Carl Zorowski, Reynolds Professor Emeritus in the Department of Mechanical and Aerospace Engineering (MAE) at NC State, passed away on Monday, April 5, 2021.  During a nearly 60-year career in the College of Engineering at NC State, Zorowski has been an influential figure in the classroom, in the laboratory, in the halls of the College’s administration, and in the business community. His lifelong love of learning and innovation and his dedication to his students served as a shining example for faculty members in the College. Zorowski served as head of the Department of Mechanical and Aerospace Engineering, as the College’s associate dean for academic affairs, and as co-founder and director of the Integrated Manufacturing Systems Engineering Institute (IMSEI), along with work as a consultant to industry. Read more… 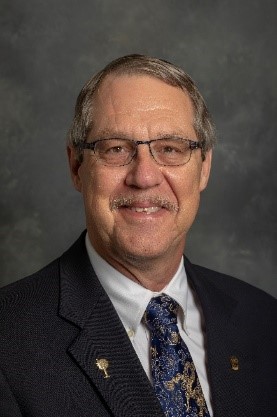 Michael A. Sutton received his Ph.D. in 1981 from the Department of Theoretical and Applied Mechanics at the University of Illinois under the direction of Prof. Charles E. Taylor (NAE, 1979). In 1982, Dr. Sutton joined the faculty in the Department of Mechanical Engineering at the University of South Carolina and was awarded a Carolina Distinguished Professorship in 1992. He is currently a Research Professor and Director of the State Center for Mechanics, Materials, and NDE.

Prof. Sutton, a Fellow and Past-President of the Society for Experimental Mechanics (SEM), a Fellow of American Society for Mechanical Engineering (ASME), and the founding President of the International  Digital Image Correlation Society, has received numerous national and international honors for his contributions in the fields of experimental mechanics, computer vision in solid mechanics and fracture mechanics. In 2020, he was elected to the National Academy of Engineering and in 2021 he was elected to the Slovenian National Academy of Engineering. Prof. Sutton has published over two hundred and thirty archival articles. As one of the inventors of the digital image correlation (DIC) methods, he has co-authored the only book on image correlation methods, written eight research book chapters, a chapter for a well-known textbook, and given numerous national and international presentations.

Prof. Sutton married Elizabeth Ann Severns in 1973. They have two daughters (pediatric dentist and high school science teacher)  and five grandchildren. They continue to reside near Columbia, SC on a 12.5-acre nature preserve and farm. 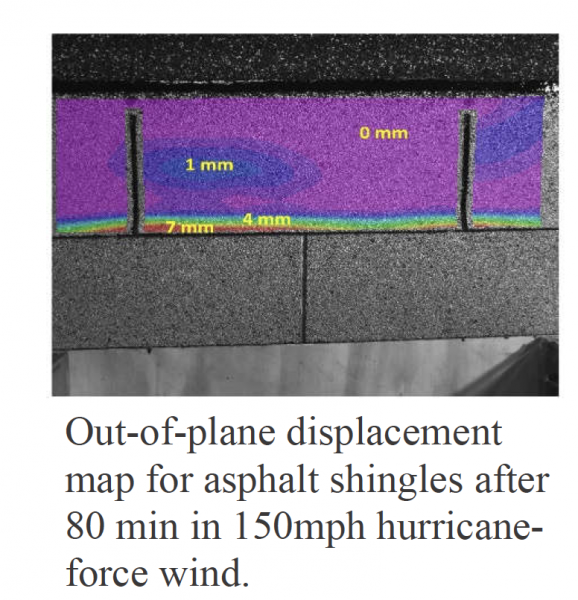 Asphalt roofing shingles are estimated to cover over 80% of US residential homes; the product’s long history, ease of installation, and affordable pricing make their selection an appealing option for both contractors and homeowners. The long-term effectiveness of asphalt-based roofing systems requires sufficient shingle-to-shingle bonding to ensure both durability and survivability of the roofing system in high winds. Another area where adhesion plays a major role is in composite layups for aerospace structures, where the manufacturing process requires adequate tow-to-tow bonding to minimize defect formation.

First, recent studies regarding the adhesion and characterization of the response of a composite material system (bitumen impregnated fiberglass) used in modern asphalt roofing shingle systems are discussed and the devastating damage that occurs when an adhesive failure occurs is demonstrated. Experiments are described to show how full-field shingle deformations are measured during 150 mph hurricane-force winds. Then, simulations are briefly described to show how full-field shingle displacement measurements are used in hybrid simulations to quantify uplift pressures exerted on shingles during hurricane winds, providing background for the importance of shingle-to-shingle bonding. Secondly, the traction-separation law for a shingle adhesive bond layer is determined using a double cantilever beam (DCB) specimen and StereoDIC to measure the (a) cohesive zone end opening displacement, δ, and (b) the crack opening displacement (COD) as a function of separation length. 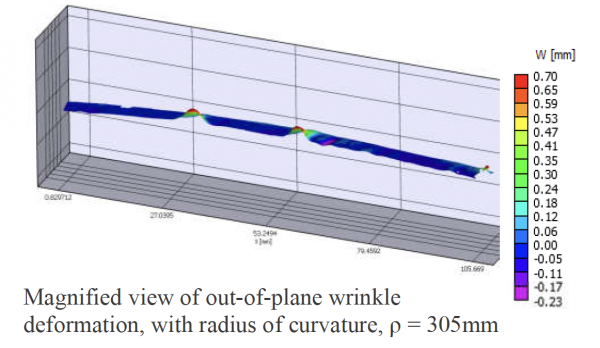 The data is used with the measured load to determine the traction- deformation, with radius of curvature, ρ = 305mm separation law using derivatives of the J-integral as a function of δ. Thirdly, the importance of adhesive bonding in aerostructure applications is demonstrated in a recent series of laboratory manufacturing studies and finite element simulations, where automated fiber placement (AFP) along curvilinear paths was performed for uncured carbon fiber-thermoset epoxy tows. Using StereoDIC to measure the full-field tow shape and deformations during AFP, experimental results and simulations both show the presence of out-of-plane wrinkles during tow placement when the radius of curvature was reduced below 1 meter. Finally, the authors measured the traction-separation law for the soft epoxy used in uncured tows by developing a rigid DCB specimen to perform experiments for both Mode I and Mode II loading conditions.