Contemporary deep space navigation is still performed using techniques pioneered over fifty years ago. Robotic exploration spacecraft are largely controlled by Earth-based operators, with sensor data being downlinked and interpreted by analysts before commands are sent back to the spacecraft. This paradigm lies in stark contrast to the push towards autonomy seen in many terrestrial applications, such as self-driving cars and industrial robotics. In this seminar we will reimagine how spacecraft navigate in a way that might enable access to some of the most dangerous and difficult-to-reach locales in our solar system. Specifically, new methodologies are shown to remove the barriers to on-board processing of conventional measurements (e.g., images of stars and nearby celestial bodies). Further, completely new measurement types (e.g., velocity estimation by the relativistic aberration of light) show promise for autonomous spacecraft navigation anywhere in the solar system or beyond. Altogether, the advancements discussed here will help enable future space exploration missions that promise to answer fundamental questions in space and planetary science.

Dr. John Christian is an internationally-known expert in spacecraft navigation, astrodynamics, and space science. He is presently an Associate Professor in the Department of Mechanical, Aerospace, and Nuclear Engineering (MANE) at Rensselaer Polytechnic Institute (RPI), where he also directs the Sensing, Estimation, and Automation Laboratory (SEAL). Prior to his position at RPI, Dr. Christian was on the faculty at West Virginia University. Before joining academia, he worked as an engineer in the Guidance, Navigation, and Control (GNC) Autonomous Flight Systems Branch at the NASA Johnson Space Center. He holds a Ph.D. in aerospace engineering from The University of Texas at Austin and a M.S. and B.S. in aerospace engineering from the Georgia Institute of Technology.

Dr. Christian has extensive experience supporting NASA space science and human exploration missions. He is a four-time recipient of the NASA Group Achievement award, including one awarded in September 2019 for his role on the Orion OPNAV team (where he developed the fundamental mathematics and algorithms that underpin this flight-critical system). He is also the recipient of an Air Force Office of Scientific Research (AFOSR) Young Investigator Program (YIP) award and was named the 2015 New Researcher of the Year for the WVU Statler College of Engineering.

Dr. Christian is active in numerous professional societies. He is an AIAA Associate Fellow and an associate editor of the AIAA Journal of Spacecraft and Rockets. He is also a member of the AAS Space Flight Mechanics Committee. Dr. Christian conceived and organizes the Space Imaging Workshop, which has become the preeminent venue for sharing research in vision- based spacecraft navigation and space science. 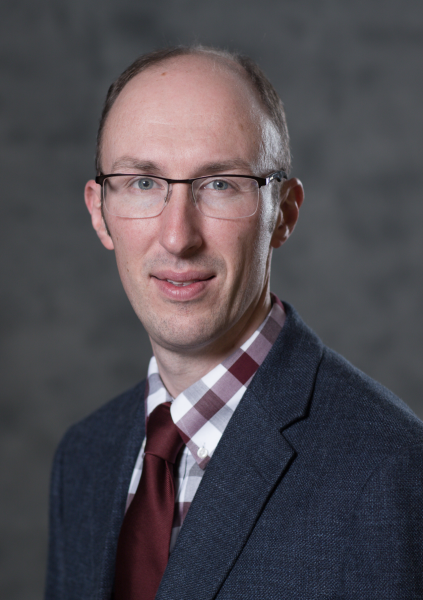