Multimode propulsion is the integration of two or more propulsive modes into a single spacecraft propulsion system. The key attribute is shared propellant between the different propulsive modes, which could include both high-thrust chemical and high-specific impulse electric thrusters. Multimode propulsion is emerging as an enabling technology that promises enhanced capabilities for spacecraft and space missions and can therefore play an important role in the future of in-space propulsion. Specifically, multimode propulsion has potential to provide unprecedented flexibility, adaptability, and resiliency to spacecraft as well as a mass and volume savings for certain missions. These benefits extend to both medium and large spacecraft, and perhaps even more so to small spacecraft. Dr. Berg will present an overview of multimode propulsion, its benefits, and the current state-of-the-art as well as past and present efforts to develop the Multimode Integrated Monopropellant Electrospray propulsion system. The MIME system utilizes a single, non-toxic ionic liquid monopropellant that can be decomposed for high-performance monopropellant propulsion or electrosprayed for high-specific impulse electric propulsion. The propellant selection and design methodology will be outlined along with the synthesis and fundamental experiments to characterize its capability in both propulsive modes. Finally, recent efforts to design and build a unified thruster will be presented.

Steven Berg received his B.S., M.S., and PhD in Aerospace Engineering from the Missouri University of Science and Technology in Rolla, MO. During his graduate work, he developed propellants specifically purposed for multimode monopropellant/electrospray propulsion and succeeded in demonstrating functionality of these propellants in both electrospray and chemical thrusters. Additionally, he developed comparison and selection methods for multimode spacecraft propulsion systems and conceived an integrated multimode thruster for small satellites. He was an Intelligence Community Postdoctoral Fellow at the University of Illinois at Urbana-Champaign prior to committing full time to his startup company, Froberg Aerospace. As CEO he has led the effort to develop a multimode chemical monopropellant/electrospray thruster and propellant for small satellite propulsion. He has also previously worked at SpaceX as a Propulsion and Test Engineer responsible for design, analysis, and testing of various components and systems on the 2nd Stage of the Falcon 9 launch vehicle. 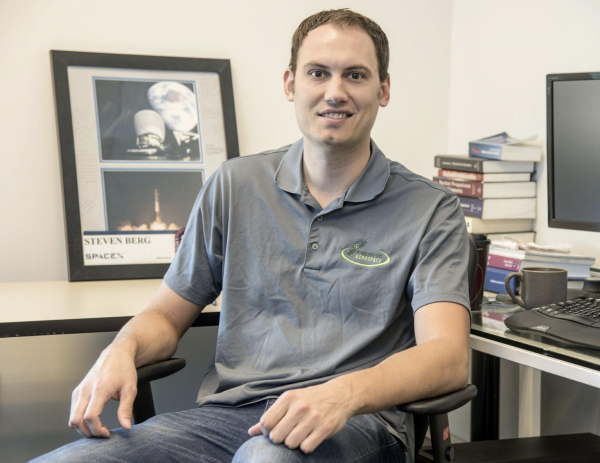