A dislocation-density based crystal plasticity formulation and computational fracture framework has been used to investigate the effect of interfaces, such as grain boundaries (GBs), phase boundaries, and microstructural porosity on inelastic deformation and fracture behavior in polycrystalline aggregates.  The competition between intergranular (IG) and transgranular (TG) fracture in aggregates with physically representative GB misorientation distributions comprised of random low-angle, random high-angle, and CSL GBs were investigated to elucidate the underlying physical mechanisms governing fracture behavior.  Physically-based critical conditions for IG fracture, due to the formation of dislocation pileups, and TG fracture, due to the propagation of cracks on cleavage planes, were coupled to the dislocation-density based crystal plasticity formulation and computational fracture scheme for crack branching to investigate how dislocation-GB interactions influence dislocation transmission, pileup formation, and local failure modes.  Dislocation-density evolution and material failure due to process-induced defects, such as precipitate/matrix interfaces and regions of unmelted powder, in additively-manufactured Ni-based superalloys have also been investigated.

David attended Mississippi State University for his undergraduate studies in Mechanical Engineering.  As an undergraduate, he worked as an intern with Georgia Tech Research Institute, Predictive Design Technologies, and Metso Paper.  After graduating summa cum laude from Mississippi State with a Bachelor of Science in Mechanical Engineering, David continued into graduate studies at North Carolina State University under the advising of Dr. Mohammed Zikry, where he earned a Master of Science in Mechanical Engineering in 2016 while pursuing his Ph.D.  His research focuses on crystalline plasticity and the finite-element method to investigate the effect of interfaces on large deformation and fracture in crystalline materials. 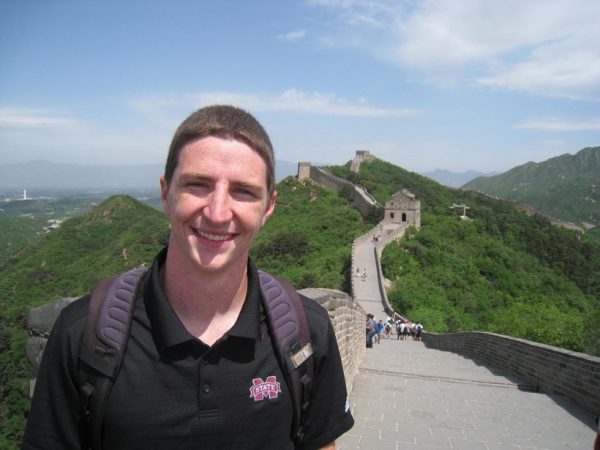