MAE SEMINAR: Using molecular water as an imaging agent for the detection of damage in polymer composites

Traditionally, the tendency of polymers and polymer composites to absorb measurable moisture in nearly all environments has been viewed as purely detrimental. While moisture absorption does generally degrade material properties, the nature of its interaction with the material also provides opportunities to better understand the internal structure of the material, including early-stage damage, inclusions, and other flaws. Absorbed moisture exists in multiple states within a polymer depending on the type of physical or chemical interaction, or lack thereof, between the water molecule and the polymer network. Damage or inclusions create areas within the material where the distribution of water states is measurably different than in the undamaged areas of the material.  A locally-higher proportion of water in the “free” state, as indicated by a measurable increase in the microwave-range relative permittivity, is directly correlated with local physical damage. This new class of non-destructive evaluation techniques using water as a type of “imaging agent” continues to show promise in detecting small-scale damage using only naturally absorbed atmospheric moisture, typically on the order of 0.1% by weight. This presentation will focus on the fundamentals that permit this type of detection, results to date, challenges, and future directions.

Dr. Grace joined the faculty at NC State in 2016 after spending four years as an Assistant Professor at the University of Miami. While completing his PhD at the University of Oklahoma, he worked full-time at nearby Tinker Air Force Base for five years as an aerospace engineer and was a graduate of the USAF Palace Acquire Program. Dr. Grace’s research focuses on polymer and polymer composite material response to their operating environments, with an emphasis on pressure response for sensing applications, temperature extremes, polymer-penetrant interactions, and combined hygrothermal and mechanical loading. This work is heavily multi-disciplinary; Dr. Grace collaborates extensively with researchers in the medical field, as well as industrial, biomedical, and materials engineering. His research has been funded by the National Science Foundation, National Institutes of Health, US Air Force, NASA, and several industry partners. Dr. Grace has pioneered the use of X-band dielectric analysis in polymer composites to characterize material state and track in situ damage initiation and evolution, a topic which is the focus of his 2018 National Science Foundation’s CAREER Award. 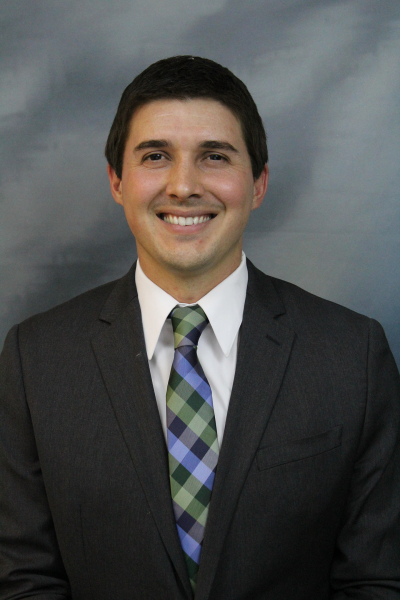