Dr. Venkat Narayanaswamy’s research group focuses on addressing various propulsion and aerodynamics phenomena to achieve ultrafast air mobility and commercial space access. In this talk, he will present their ongoing efforts to investigate the fluid structure interactions in high-speed platforms and the challenges of material integration in different sub-systems. Specifically, the talk explores the dynamics of an impinging shock boundary layer interactions flowfield to a thin panel executing small amplitude elastic oscillations (oscillation amplitude much smaller than the incoming boundary layer thickness as well as panel thickness). This unit problem provides crucial understanding of the genesis of the macro-scale flow response with larger amplitude vibrations and ultimately to feedback coupling between flow and structures. The oblique shock was generated by an 8-degree shock generator placed incident on a Mach 2.5 flow. The shock strength was large enough to generate a nearly two dimensional mean separation and the pulsations of the separated bubble straddled several elastic bending modes of the thin panel. As a critical component of this research, the first demonstration of simultaneous multivariate measurements of panel surface pressure, panel center-span deflection, and off-body velocity field are also presented. Together, these measurements provided comprehensive information on the FSI phenomenon from both aerodynamics and structural dynamics perspectives. 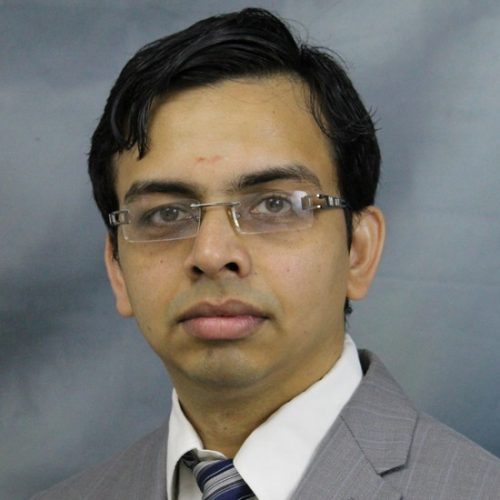 Dr. Venkat Narayanaswamy is an Associate Professor at Mechanical and Aerospace Engineering Department of NCSU, where he has served as a faculty since 2012. He directs a lab that focuses on high-speed aerodynamics and propulsion related topics and employs several state of the art tools for his research. Dr. Venkat Narayanaswamy received his doctoral degree from The University of Texas at Austin specializing in shock boundary interaction physics and plasma-based control. Subsequently, he pursued a postdoctoral fellowship at The University of Texas at Austin and RWTH Aachen, Germany, before joining NCSU. Dr. Narayanaswamy has authored over 35 journal publications and over 40 articles in peer-reviewed conferences. He has been recognized with numerous research awards and honors including the AFOSR DURIP Award (2018, 2022), AFOSR Young Investigator Program Award (2016), and Air Force Summer Faculty Fellowship (2016). He is also an alumni of National Academy of Engineering’s Frontiers of Engineering, Class of 2020.