MAE Seminar: “An overview of routing problems for autonomous vehicles”

Autonomous platforms are used for data collection in many military and civilian applications. Routing the autonomous vehicles in a manner relevant to the mission objective is a common problem that is encountered in such applications. In this talk, I will discuss the problems of routing a collection of autonomous vehicles, while considering constraints on their motion, coordination, communication, and heterogeneity. 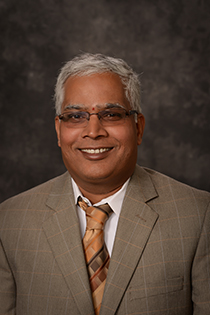 Swaroop Darbha received his Bachelor of Technology degree from the Indian Institute of Technology – Madras in 1989, M. S. and Ph. D. degrees from the University of California in 1992 and 1994 respectively. He was a post-doctoral researcher at the California PATH program from 1995 to 1996. He has been on the faculty of Mechanical Engineering at Texas A&M University since 1997, where he is currently a Professor. Dr. Darbha has been elevated to the grade of a Fellow in ASME and IEEE for his contributions to Intelligent Transportation Systems and Autonomous Vehicles. His current research interests lie in the development of vehicle control and diagnostic systems for Autonomous Ground Vehicles, development of planning, control and resource allocation algorithms for a collection of Unmanned Aerial Vehicles.