Flexoelectricity is the attribute of a dielectric material to exhibit spontaneous electrical polarization in the presence of a strain gradient, in contrast to piezoelectricity which concerns development of electrical polarization under uniform stress. Flexoelectricity is historically used as a macroscale effect in energy harvesting. The flexoelectric effect can also significantly influence the thermodynamic states and material behavior at small scales. Recent experiments have shown that material heterogeneities at the microstructure level can greatly enhance the flexoelectric effect in composites and even be used as a mechanism for controlled initiation of chemical reaction in energetic materials. So far, the relation between material heterogeneities and macroscopic and microscopic flexoelectric behavior has not been systematically studied. In this talk, I will discuss our recent work in this area. First, I will describe a computational framework that enables the examination of the microstructure effect on the flexoelectric behavior. The materials of interest are polymer-aluminum particle composites with and without porosity. A relation between the microstructure attributes and effective macroscopic flexoelectric behavior is established. To further delineate the effects of flexoelectricity and piezoelectricity on the development of electric field and eventual dielectric breakdown at the microstructure level in P(VDF-TrFE)/nAl composites comprising a poly(vinylidene fluoride-co-trifluoroethylene) matrix and nano-aluminum (nAl) particles, a multistep multiphysics framework is developed. While the mechanically-driven E-field development occurs over the microsecond timescale, the thermal-electrodynamic dielectric breakdown process occurs over the nanosecond timescale, leading to the formation of “hotspots” or small areas of intense temperature increases resulting from the dielectric breakdown that are sufficient to cause initiation of chemical reactions observed in experiments. It is demonstrated that, owing to the enhanced local strain gradients at the microstructure level, flexoelectricity plays a primary role and piezoelectricity plays a secondary role in the observed behavior. The understanding also points out avenues for enhancing the flexoelectric behavior via microstructure engineering. 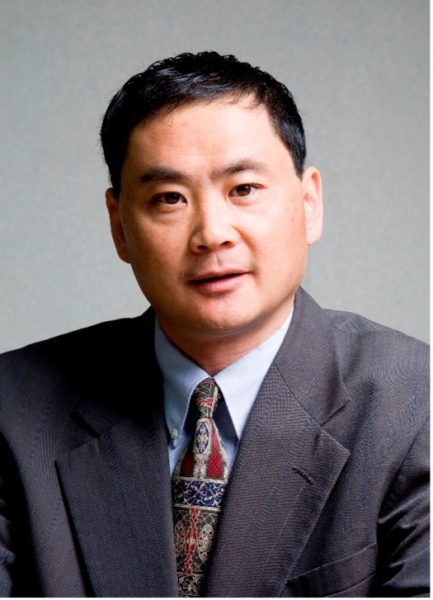 Dr. Min Zhou received his Ph.D. from Brown University in 1993 and was a postdoctoral fellow at Caltech between 1993 and 1995. He joined the faculty at Georgia Tech in 1995. His research focuses on material behavior at several length scales, emphasizingmultiscale/multiphysics simulations and experiments with laser interferometry and digital diagnostics. He was named the George W. Woodruff Professor in the Schools of Mechanical Engineering and Materials Science and Engineering at Georgia Tech in 2014 and World Class University (WCU) Professor by the National Research Foundation of Korea. He is a Fellow of the American Society of Mechanical Engineers and has served as editor or associate editor for several journals. He has given over 200 invited, invited keynote, or plenary presentations in the US, Europe and Asia.