Massive plate-like structural components are being used in the engineering field, like airplanes, bridges, pipelines, ships, dams, etc. The structural failure of such components will cause accidents to happen, which will result in loss of lives and properties. If the health of structures can be monitored, such accidents can be prevented from happening. This is how the term ‘Structural Health Monitoring (SHM)’ came into being. One of the most widely used actuators/sensors in SHM is PZT (PZT) actuators/sensors. There has been many studies conducted previously for solving the problem of surface bonded PZT actuators. However, most of them are based on one-dimensional  (1-D) actuators. In reality, many PZT actuators are rectangular, which needs to be studied in two-dimension (2D). However, there has been very few studies for the actuation of rectangular PZT actuators. This thesis is for filling this void. The goal of this thesis is to predict the rectangular PZT sensor output voltage when an input voltage is applied on a rectangular PZT actuator. The whole study is conducted in the frequency domain, the plate on which the actuators and sensors are mounted on is isotropic metallic plate.

For the first problem, the stress on the contact surface of the actuator and plate is expressed in a truncated Chebyshev polynomial form with four unknown coefficients. The equation of motion for the actuator is solved using Gorman’s superposition method, which consists of SS, AA, SA, AS vibration modes. The amplitude for each mode is solved using traction free boundary conditions.

For the second problem, the displacement of Lamb wave modes and shear horizontal waves modes on the plate is expressed using carrier wave approach. By means of reciprocity theorem, the amplitudes of each wave mode can be obtained for a point load scenario. When the proposed stress is applied on the surface of the plate, the plate displacement can be solved by integrating the displacement under point load case over the entire stress applying area. Using the displacement continuity at the contact surface of the actuator and plate, the unknown coefficients in the assumed contact surface stress expression can be solved using least square method.

For the third problem, considering the open-circuit boundary condition of the PZT sensor, the total charge over the electrode area is zero. Using the constitutive equation of PZT materials, the output voltage can be expressed in a form with the integration of strain on the sensor contact surface with the plate. The effect on plate strain with the existence of sensor is ignored.

The theoretical result is validated by comparing with finite element result in COMSOL. This research can provide a theoretical foundation for damage detection using rectangular PZT actuators and sensors in structural health monitoring.

Yuling Liu was born on September 21, 1989 in Tianmen, Hubei province, China. She spent her carefree childhood and teenager years with her beloved parents in the downtown of Tianmen, which is surrounded by many beautiful lakes and rivers. In September 2007, she moved to Beijing to pursue her undergraduate study in Beijing Institute of Technology. In March 2011, she went to Delft University of Technology in Netherlands as an exchange student, where she studied the plasma actuator used to reduce or eliminate tip vortex on airplane wing tip. She obtained her Bachelor degree in July 2011 majoring in Aerospace Engineering. In August 2011, she moved to Raleigh, North Carolina, where she joined the research group of Prof Fuh-Gwo Yuan in Smart Structures and Materials Laboratory. In May 2013, she completed her Master of Science degree in Mechanical Engineering from North Carolina State University. In her thesis for master degree, she proposed several theorems for locating plane of symmetry and binary, quaternary and trigonal axes of symmetry given the values of piezoelectric tensor in an arbitrary coordinate system, which can be used to determine the material type by solving for normal of plane of symmetry and axis of symmetry. She continued to pursue a Doctor of Philosophy in Mechanical Engineering in the area of Structural Health Monitoring (SHM). Her dissertation is on generation and reception of ultrasonic Lamb waves in metallic plates induced by surface bonded rectangular piezoelectric wafers. She is being supported by China Scholarship Council (CSC) and North Carolina State University. 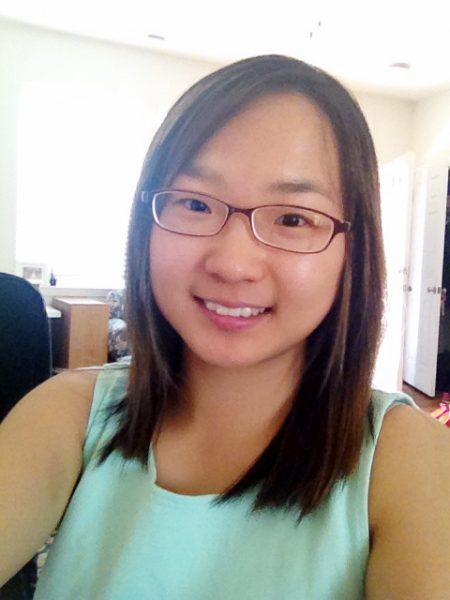