A new hybrid large-eddy simulation / Reynolds-averaged Navier-Stokes simulation (LES/RANS) turbulence model is presented in this work. The new model is then compared to earlier models developed at NCSU and IDDES model as a ‘state-of-art’ competitor in various flow configurations. In common with other hybrid turbulence models developed here at NCSU, this new model facilitates a flow-dependent blending function that shifts the turbulence closure from Menter’s baseline(BSL)/shear-stress transport (SST) RANS model to a sub-grid model of choice in the logarithm-layer as the distance from wall increases. This blending function is based on estimates of outer- and inner turbulence length scales. The estimated outer-length scale of the new model is a function of an eddy viscosity that is specifically used for this purpose, calculated from an additional transport equation. This new model is completely local and instantaneous. This model is tested through simulation of a zero pressure-gradient flat-plate boundary layers at low and moderate Reynolds numbers, a supersonic flat-plate boundary layer, an airfoil near stall, flow over a wall-mounted hump, and flow over a simplified car body (Ahmed body). Over all, the EVT based new model works reasonably well for a well-setup case. Meanwhile, further investigation can still be worthwhile in the sensitivity and mechanism of impact of numerical methods, 3-D implementations with adequate resolution, and time-sensitive boundary layer applications.

Minao Shen was born on in Hangzhou, China, a lovely city known for its beautiful scenery. He graduated from Hangzhou No.2 High School of Zhejiang Province in 2008. Minao started to pursue a bachelor’s degree at the University of Pittsburgh in 2009. During his undergraduate study, Minao found that CFD is an interesting combination of physics and programming. After receiving a BS in Mechanical Engineering in 2013, Minao started his “Direct Path” to Ph.D. program here at NC State University under the direction of Dr. Jack Edwards. Since then, Minao has been working on applied aerodynamics simulation and hybrid LES/RANS turbulence modeling. He received a master’s degree in Aerospace Engineering “en route” to the Ph.D. in 2016. 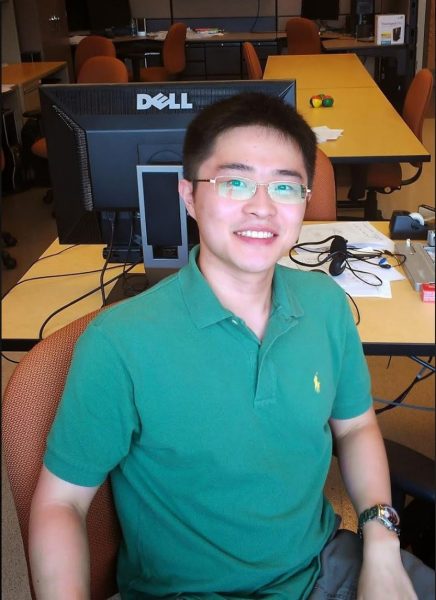