A new formulation is presented for an enriched shell finite element capable of progressive damage simulation in composite laminates. The element enrichment is based on a combination of the Floating Node Method to enable discrete representation of damage and a novel damage algorithm featuring the Virtual Crack Closure Technique. The element enrichment enables simulation of a progressive damage process in a composite laminate composed of multiple delaminations and transverse matrix cracks. Compared to alternate existing simulation techniques, use of the enriched shell element is more computationally efficient and demands less time and expertise from the user. The Adaptive Fidelity Shell element was verified and validated in a number of test cases. After the initial verification and validation, a new test method was developed where specimens were loaded using both quasi-static and dynamic loads to generate damage processes in laminate specimens consisting of two to three interacting delaminations. The enriched shell model was used to simulate these tests. Finally, the enriched shell was used in a blind prediction to simulate a realistic low-velocity impact test. The blind prediction was partially successful although some areas for future improvement and research were identified.

Mark (Mack) McElroy was born in Wilmington, Delaware (USA) in 1983. Growing up in rural Vermont, Mack formed an interest in science and engineering, and eventually enrolled at Lehigh University in 2001 where he obtained a B.S. and M.S. in Civil Engineering. After a brief internship at a Civil Engineering firm, Mack used his focus in structures and mechanics to obtain a job at Northrop Grumman Shipbuilding in Newport News, VA (now Huntington-Ingalls Industries). There, he participated in the design of the new Ford class aircraft carrier for the U.S. Navy. When the ship design was complete, Mack left the shipyard and started work at Pratt and Whitney in Hartford, CT where he focused on rotor dynamics simulation in gas turbine engines. Mack’s early career experience led him to realize that he was interested in extending his education and as such returned to school for a PhD in Aerospace Engineering in 2012. Mack currently works at NASA Langley Research Center in Hampton, VA and likes to travel and play music in his spare time. 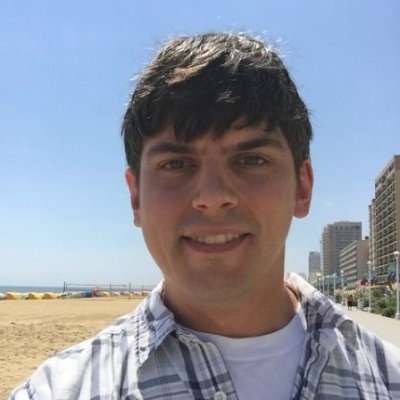