Abstract: A dislocation-density based multiple slip crystalline plasticity formulation that accounts for the hexagonal close packed zirconium alloy (h.c.p.) and d (f.c.c.) and e (b.c.c.) hydride systems and orientation relationships (ORs) have been developed to investigate large inelastic deformation and failure modes, such as quasi-static and crack nucleation and propagation for different thermomechanical loading conditions. This predictive framework was validated with experimental observations and the measurements. The hydride morphologies and hydride volume fraction can significantly affect the inelastic deformation and fracture behavior of the hydride systems for both circumferential and radial distributions. These validated predictions underscore that the physical crystallographic and morphological representation of hydrides and the matrix at the appropriate microstructural scale is critical for understanding the thermo-mechanical behavior at different physical scales that span the nano to the micro in these heterogeneous crystalline systems.

Biography: Ismail Mohamed was born and raised in Cairo, Egypt. He received a bachelor degree and Master degree in structural engineering in 2004 from Cairo University. He worked for the industry for a number of years where he gained a lot of technical skills. He relocated to the United States to work for Applied Science International, LLC in 2006. While working in industry, he joined North Carolina State University where he earned a Master of Science degree in applied mathematics in 2013. He continued his graduate studies when he was offered a Research Assistance doctoral student position in Mechanical and Aerospace Engineering at NC state University in 2014. His doctoral research focused on the modeling of zirconium hydride morphology and its effect on fracture under the direction of Professor Mohammed Zikry. 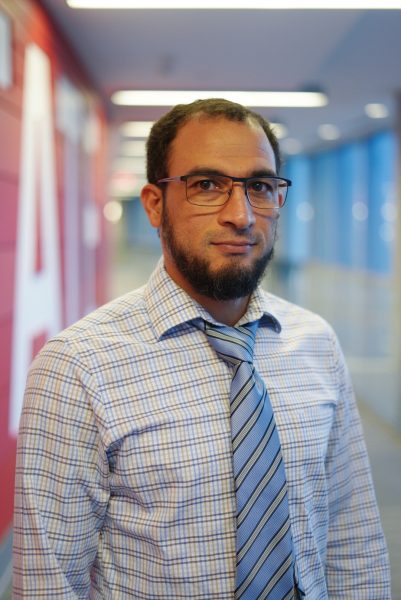