Nanowires (NWs) are among the most important building blocks of bottom-up nanotechnologies, which has increased the need for the investigation of their mechanical properties and deformation behaviors. In this thesis, we focus on the mechanical behaviors of types of NWs, SiC, Ag and ZnO NWs, including fracture mechanism of SiC NWs, deformation mechanism in Ag NWs, recoverable plasticity in twinned Ag NWs and anelasticity in ZnO NWs.

Quantitative mechanical characterization of SiC NWs reveals that the size effect on fracture strength of SiC NWs is attributed to the size-dependent defect density rather than the surface effect that is common for single crystalline NWs. The SiC NWs are synthesized using the vapor-liquid-solid process with growth direction of <111>. They consist of three types of structures, pure face-centered cubic (3C) structure, 3C structure with an inclined stacking fault, and highly defective structure, in a periodic fashion along the NW length. The SiC NWs are found to deform linear elastically until brittle fracture. Their fracture origin is identified in the 3C structures with inclined SFs, rather than the highly defective structures. The fracture strength increases as the NW diameter decreases from 45 to 17 nm, approaching the theoretical strength of 3C SiC.

We reveal transition of deformation modes in bi-twinned Ag NWs with a single twin boundary (TB) running parallel to the NW length direction. Localized dislocation slip and detwinning-twinning deformation depend on the volume ratio between the two twin variants and the cross-sectional aspect ratio. Specifically, in bi-twinned Ag NWs with balanced grain volume ratios localized dislocation propagation across the entire cross-section lead to permanent slip and limited fracture strain, while in those with small volume ratios, twinning propagation took place following a detwinning process leading to superplasticity through re-orientation of the NW. Both experimental and theoretical results corroborated that interaction of multiple localized dislocations at the TB mainly governs the detwinning process. A criterion is proposed for determining the deformation modes in face-centered cubic metal NWs containing an internal TB with certain cross-sectional aspect ratio.

We report large anelastic behavior in single crystalline NWs. In-situ bending tests of individual NWs showed that, upon removal of the bending load and instantaneous recovery of the elastic strain, a substantial portion of the total strain gradually recovers with time. We attribute the observed large anelasticity to stress-gradient-induced migration of point defects, as supported by electron energy loss spectroscopy measurements and also by the fact that no anelastic behavior could be observed under tension. We model this behavior through a theoretical framework by point defect diffusion under high initial strain gradient and short diffusion distance, expanding the classic Gorsky theory. Finally, we show that ZnO single-crystalline NWs exhibit a high damping merit index, suggesting crystalline NWs with point defects are promising for damping applications.

Guangming Cheng was born in Hanshan, Anhui, China. In July 2003, he received his bachelor degree in the department of Material Science and Engineering from Hefei University of Technology. In January 2013, he joined in Dr. Yong Zhu’s group in department of Mechanical and Aerospace Engineering, North Carolina State University and in September 2013, he started his second PhD program under the advisory of Dr. Yong Zhu with researches focused on in situ investigation of deformation mechanisms in crystalline nanowires. 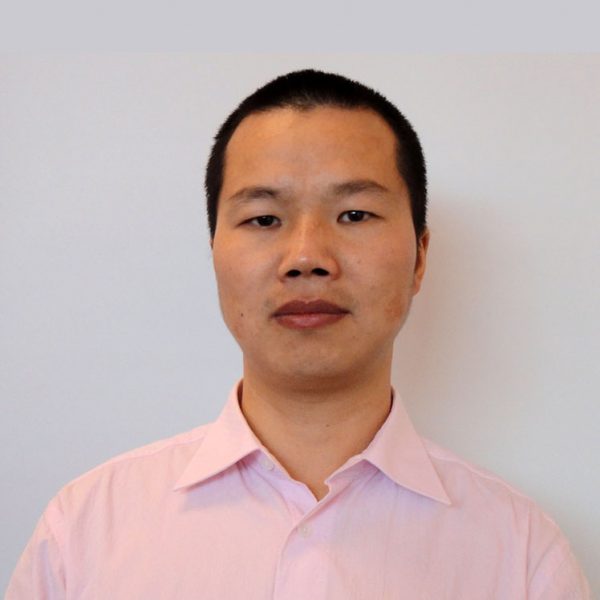