The basic motivation for this work is based on the desire to construct a modular testing framework and to conduct preliminary validation on that framework. The modular testing frame is required because it gives the users and developers the ability to evaluate and potentially improve the current strategies for CFD modeling of two-phase boiling flows in an efficient manner. As many know, the modeling of these types of problems comes with several challenges inherent in the method. These challenges are namely the tight non-linear coupling of the closure models, the uncertainty, sensitivity & accuracy of the various mechanistic models, and the lack of experimental data for quantities of interest at the desired operating conditions (e.g. pressurize water reactor operating conditions).

The main objectives for this work were aimed at setting up the testing platform to have the ability to address the various numerical and modeling issues, as well as, validating some of the base functionality of the solver through academic test cases, existing experiments and comparisons with commerical CFD software (e.g. in this case we used Star-CCM+). The setup of the main objectives are to not only address and test the performance and stability of a particular method with our platform, but also, due to the use of open-source code, have the added benefit of being able to include sensitivity analysis and uncertainty quantification techniques on different boiling closure models, interfacial closure models, turbulence models, etc. The relevance of these first steps in the development, in terms of usage for accident scenarios for PWR’s that requires modeling the critical heat flux mechanism of departure from nucleate boiling, of our testing platform is that it gives users the ability to test all the closure and algorithm methods for stability and accuracy, test various implementations for boiling closure models, assess the accuracy of our method against an industry standard, and do all of this before testing the extremely harsh conditions involved in simulating DNB. The testing platform and method also have the ability to potentially in the future, because of the current formulation and its flexibility, simulate transient accident scenarios or challenge problems for the nuclear industry.

Chad attended Roger Williams University in Bristol, RI and graduated valedictorian with a B.S. in engineering with a focus in Mechanical Engineering and a minor in Mathematics in 2008. He then went to work for Rist-Frost & Shumway P.C. in Laconia, NH after graduation and until he returned to school in 2009. He started graduate school by attending North Carolina State University in Raleigh, NC where he worked under Dr. Joseph Micheal Doster until he graduated from the Nuclear Engineering program with a Masters degree in 2014. He then moved to the Mechanical & Aerospace Engineering program at North Carolina State University under Dr. Hong Luo for his studies towards his doctorate. His research interests include thermal hydraulics, computation fluid dynamics and applied mathematics. 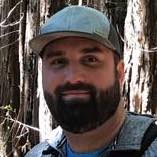