The identification of inflow air data quantities such as airspeed, angle of attack, and local lift coefficient on various sections of a wing or rotor blade provides the capability for load monitoring, aerodynamic diagnostics, and control on devices ranging from air vehicles to wind turbines. Real time measurement of aerodynamic parameters during flight provides the ability of enhancing aircraft operating capabilities while preventing dangerous stall situations.

This thesis presents a novel Leading-Edge Flow Sensing (LEFS) algorithm for the determination of the air data parameters using discrete surface pressures measured at a few ports in the vicinity of the leading edge of a wing/blade section. The approach approximates the leading-edge region of the airfoil as a parabola and uses pressure distribution from the exact solution for the parabola to fit the pressures measured from the ports. Pressures sensed at five discrete locations near the leading edge of an airfoil are given as input to the algorithm to solve the model using a simple nonlinear regression. The algorithm directly computes the inflow velocity, the stagnation-point location, section angle of attack and lift coefficient. The performance of the algorithm is assessed using computational and experimental data in the literature for airfoils under different flow conditions. The results show good correlation between the actual and predicted aerodynamic quantities within the pre-stall regime, even for a rotating blade section.

Sensing the deviation of the aerodynamic behavior from the linear regime requires additional information regarding the location of flow separation on the airfoil surface. Bio-inspired artificial hair sensors were explored as a part of the current research for stall detection. The response of such artificial micro-structures can identify critical flow characteristics, which relate directly to the stall behavior. The response of the microfences was recorded via optical microscope for flow over a flat plate at different freestream velocities in the NCSU subsonic wind tunnel. Experiments were also conducted to characterize the directional sensitivity of the microstructures by creating flow reversal at the sensor location to assess the sensor response. The results show that the direction of microfence deflection correctly reflects the local flow behavior as the flow direction is reversed at the sensor location and the magnitude of deflection correlates to an increase in the freestream velocity. The knowledge of the flow separation location integrated with the LEFS algorithm allows the possibility of extending the LEFS analysis to post-stall flight regimes, which is explored in the current work.

Finally, the application of the LEFS algorithm to unsteady aerodynamics is investigated to identify the critical sequence of events associated with the formation of Leading-Edge Vortices (LEVs). Signatures of vortex formation on the airfoil surface can be captured in the surface pressure measurements. Real time knowledge of the unsteady flow phenomena holds significant potential for exploiting the enhanced-lift characteristics related to vortex formation and inhibiting the detrimental effects of dynamic stall in engineering applications such as helicopters, wind turbines, bio-inspired flight, and energy harvesting devices. Computational data was used to assess the capability of the LEFS outputs to identity the signatures associated with vortex formation, i.e. onset of vortex formation, detachment, and termination. The results demonstrate useful correlation between the LEFS outputs and the LEV signatures.

Aditya earned his Bachelor’s Degree in Mechanical Engineering in 2012 from the Indian Institute of Technology in Ropar, India.  During his junior year, he received the opportunity to work as an intern in the Engine Test-Bed Research and Design Center (ETBRDC) at Hindustan Aeronautics Limited. The experience of working in the R&D department greatly motivated him to pursue the path of research. In 2012, Aditya enrolled at North Carolina State University for a M.S. degree in Aerospace Engineering. His research interest in aerodynamics led him to join the NCSU Applied Aerodynamics Research Group under the guidance of Dr. Ashok Gopalarathnam. Aditya completed his master’s degree in 2014 and continued for a Ph.D. His broad research interests involve applied aerodynamics, computational fluid dynamics, wind-tunnel testing, dynamics modeling and simulations. 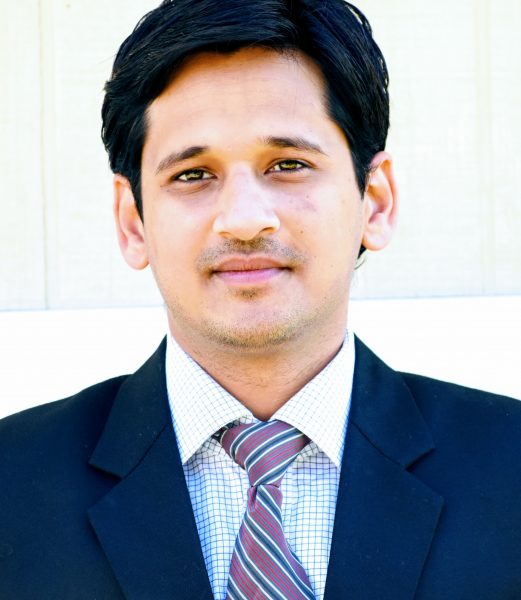