TITLE: A robust and efficient finite volume method for compressible turbulent two-phase flows at all speeds on unstructured grids

A robust and efficient density-based finite volume method is developed for solving the six-equation single pressure system of two-phase flows at all speeds on hybrid unstructured grids. This work focuses on computation of two-phase flows in severely shocked conditions, where interactions of strong shockwaves and material interfaces is a big challenge. Conventionally in such situations, an exact Riemann solver is augmented to the AUSM+-up flux in the vicinity of material interfaces, to maintain stability and robustness of the two-fluid single pressure model. However, this becomes very expensive in the regions of shock-interface interactions where the exact Riemann solver is invoked. Extension of such a hybrid method using exact Riemann solvers to general equations of state is also not straightforward. Unlike such conventional approaches, an enhancement to the AUSM+-up flux is proposed to impart robustness in these regions. These modifications in the flux function obviate the need to employ the exact Riemann solver, and the complete knowledge of the eigen-structure of the system. In addition to being robust, the resulting method is significantly less expensive in regions where otherwise the Riemann solver would be invoked. The six-equation two-fluid model uses a diffuse interface approximation which smears the material interface excessively. An interface sharpening technique based on the hyperbolic-tangent function (THINC) is used to capture the interface sharply. The combination of the above two approaches results in a method that can robustly and efficiently compute high- speed two-fluid flows such as shock-bubble interactions, while accurately capturing material interfaces. A primitive variable based implicit method is able to solve, effectively and efficiently, low Mach number flows in traditional multiphase applications, which otherwise is a great challenge for the standard density-based algorithms. The Spalart-Allmaras turbulence model is used to close the Favre-averaged two-fluid system of equations. This enables the simulation of physically realistic two-phase flows. Numerical results indicate that the current density-based method provides an attractive and viable alternative to its pressure-based counterpart for compressible two-phase flows at all speeds.

Aditya received his Bachelor’s degree in Mechanical Engineering from the University of Pune in May 2012. He went on to study Aerospace Engineering in North Carolina State University, Raleigh, North Carolina, USA in Fall 2013. There he began working in the Computational Fluid Dynamics laboratory with Dr. Hong Luo from January 2014. He earned his Master’s degree in Aerospace Engineering in May 2015, and then went on to continue his doctoral research at NCSU. His academic and research advisor is Dr. Hong Luo. His research interests are computational physics and high-performance computing. 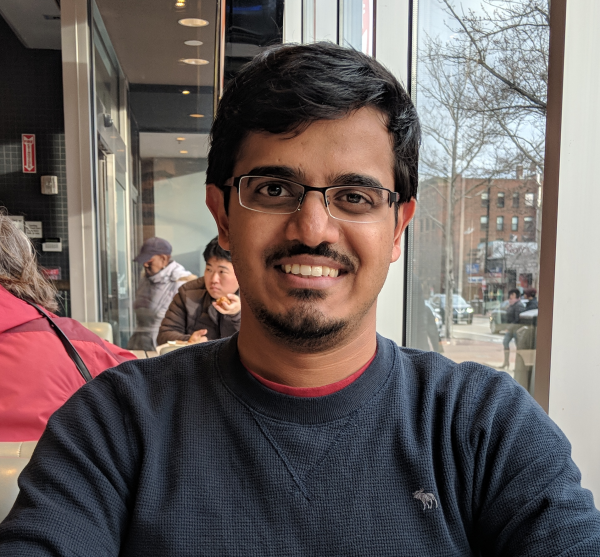