Turbulence is inherently an unsteady and 3-D phenomena, yet classical fluid dynamic measurement techniques are typically limited to 1-D and 2-D measurements. Recent advances in multi-camera 3D flow measurements, such as tomo-PIV, hold tremendous potential to explore new problems and ideas; however, these techniques tend to be complex, expensive or inflexible. This seminar will focus on an emerging technology, the plenoptic (or light-field) camera that has the potential to provide instantaneous 3D flow information without the complexity and expense of other techniques. A plenoptic camera is unique in that it records both the position and angle of light rays captured by the camera’s lens. This 4D description of a scene, also called the light-field, allows for the application of computational methods to render new and original images of the scene, such as refocused views and views from new perspectives. The integration of plenoptic camera with particle image velocimetry (PIV), background oriented schlieren (BOS), chemiluminescence and multi-spectral imaging will be discussed. 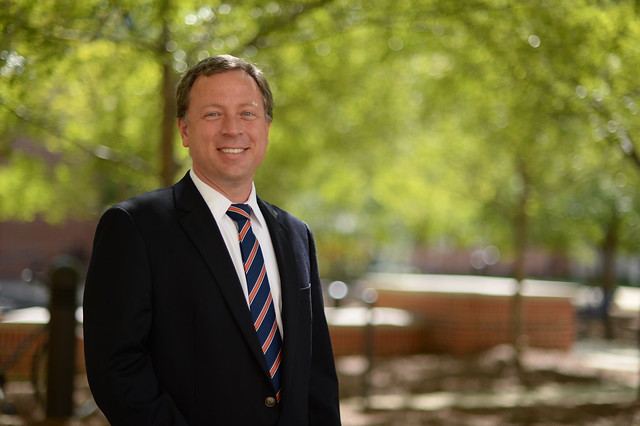 Dr. Brian Thurow is the W. Allen and Martha Reed Professor and Department Chair in the Department of Aerospace Engineering at Auburn University. He received his B.S. (1999), M.S. (2001) and Ph.D. (2005) from The Ohio State University and established the Advanced Flow Diagnostics Laboratory at Auburn University in 2005. Dr. Thurow has taught classes in aerodynamics, propulsion, dynamics, light-field imaging, optical diagnostics, compressible fluid dynamics and turbulence. His research program is focused on the development and application of optical diagnostics for fluid dynamic measurements. This has been highlighted by the development of high repetition rate (order 1 MHz), high energy light sources for turbulent flow measurements and, more recently, the development of light field camera technology for 3-D flow visualization. His research has been sponsored by the Army Research Office and Air Force Office of Scientific Research, both of which started with Young Investigator Program grants, as well as the Office of Naval Research, National Science Foundation, NASA Langley Research Center, Sandia National Laboratories and several SBIR awards. Dr. Thurow has received numerous awards including the SGA Outstanding Faculty Member Award in 2006, 2008, 2009, 2012 and 2013; the AIAA Most Outstanding Faculty Member Award in 2009, 2012 and 2013; the William F. Walker Teaching Award for Excellence in 2009; the Auburn Alumni Engineering Council Research Award for Excellence in 2009; the Provost’s Award for Supporting Graduate Scholarship in 2011 and the 2015 Konrad Dannenberg Educator of the Year Award.