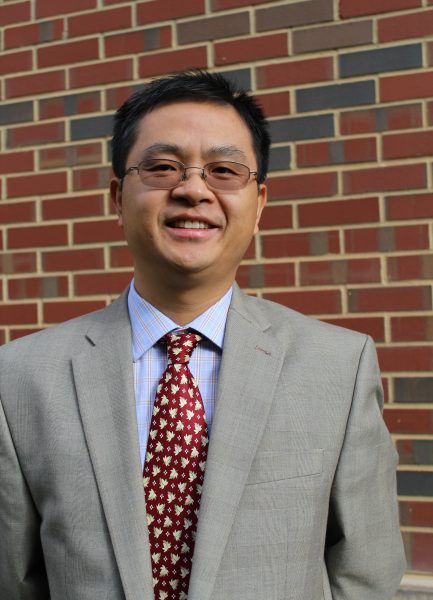 An internationally acclaimed leader in mechanics and applications of nanomaterials, Zhu has secured more than $11 million as PI and co-PI in grants for his research at the intersection of mechanics of materials and micro/nano-technologies, including nanomechanics, interfacial mechanics, microelectromechanical systems (MEMS), and flexible, stretchable and wearable electronics. Zhu has published over 110 journal papers with more than 10,000 citations and a H-index of 48.

Zhu enjoys both fundamental and applied aspects of his research. His team has discovered a series of novel mechanical behaviors and deformation mechanisms at the nanoscale such as giant anelasticity due to point defect diffusion, recoverable plasticity as a result of dislocation-twin boundary interaction, hydrogen embrittlement in metal nanowires owing to suppression of dislocation nucleation, and brittle to ductile transition in Si nanowires. His nanomechanics research often involves development of innovative experimental methods based on MEMS-based in-situ testing inside microscopy and spectroscopy.

Zhu’s team has made pioneering contributions to the field of stretchable electronics using nanomaterials. A range of stretchable and wearable sensors that can detect temperature, strain, hydration, heart rate and other physiological parameters have been developed. His patent on personal hydration sensors has been licensed to a startup company for commercialization. Recently his group has been working on scalable manufacturing, innovative permeable substrates that can enhance the user comfort, and integration with textiles. One interesting application is wearable human-machine interfaces. For example, his team has recently used a wearable textile sleeve integrated with the porous electrodes to play computer games such as Tetris. A related video can be seen at here.

Zhu is a Fellow of ASME and Senior Member of IEEE. His work has been recognized by numerous awards including James R. Rice Medal from the Society of Engineering Science (2021), ASME/Pi Tau Sigma Gustus L. Larson Memorial Award (2019), ASME Sia Nemat-Nasser Early Career Award (2015), Alcoa Foundation Engineering Research Achievement Award from NC State University (2015), Best Wearable Material/Component Development Award at IDTechEx Wearable USA (2015), and JSA Young Investigator Lectureship Award from Society of Experimental Mechanics (2013). Zhu has recently received the Friedrich Wilhelm Bessel Research Prize from the Alexander von Humboldt Foundation. He will visit the Max-Planck-Institut für Eisenforschung (MPIE) for up to one year, collaborating on in situ characterization of materials down to their atomic scale.

In addition to his service within the university, Zhu is very active in service in his professional societies. He has organized or co-organized over 30 symposia in international conferences, such as ASME IMECE, Society of Engineering Science annual meetings, Society of Experimental Mechanics annual meetings, and MRS meetings. He has served in the executive committee of the ASME Materials Division (2014-2019, Chair 2018-2019). He is currently an Associate Editor for Journal of Applied Mechanics and Experimental Mechanics (two major journals in his field), while serving on the editorial board of several other journals.