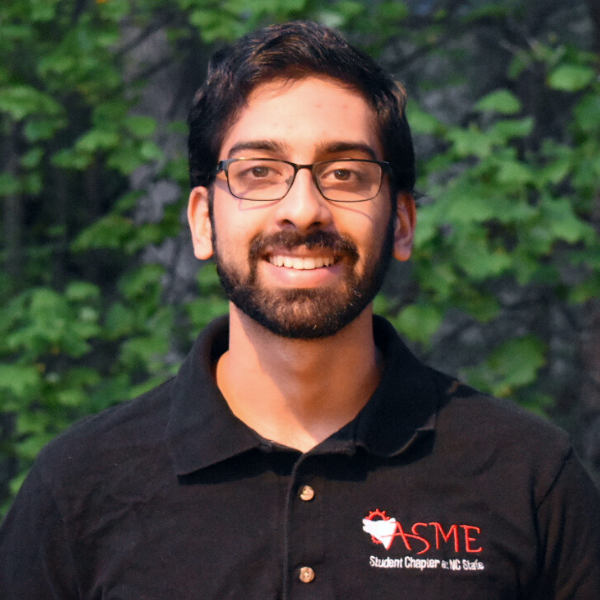 Shreyas Ashok is a graduating senior in Mechanical Engineering from Apex, NC. During his time at NC State, Shreyas, under the direction of Prof. Tarek Echekki, conducted computational research in combustion, studying the effect of backdraft in low-gravity environments. This work was supported by the NC Space Grant Undergraduate Research Scholarship, in addition to REU grants from the Department of Mechanical and Aerospace Engineering. During the 2018 summer, Ashok completed an internship at Haas Formula 1. At Haas, he helped implement automation code to prepare CAD models of the Formula 1 car for CFD simulations. Additionally, in 2019, Ashok interned at Key Tech, a medical device development firm based in Baltimore, MD.

Ashok has also been an active member of the ASME Design Team. As a core member of the group for the last three years, he has helped with the conception, design, fabrication, and testing of robots for the ASME Student Design Competition. In 2019, NC State’s robot placed 2nd at the IMECE competition.

For his NSF GRFP proposal, Ashok proposed to study a dielectric membrane-based active-camber morphing airfoil. This airfoil would then be used to study the effects of upstream gusts in the airflow, and using active-camber morphing, minimize disturbances created by these upstream gusts. By conducting wind-tunnel tests and creating a computational model of the airfoil, this research would increase understanding of membrane wing behavior. Additionally, it would further explore the effects of upstream airflow disturbances on airfoil performance and discover methods to alleviate these disturbances. These findings could both lead to developments in related aerodynamics applications as well as improved understanding of natural phenomena. Ashok will pursue a PhD in Aerospace Engineering at Georgia Tech, starting in Fall 2020. 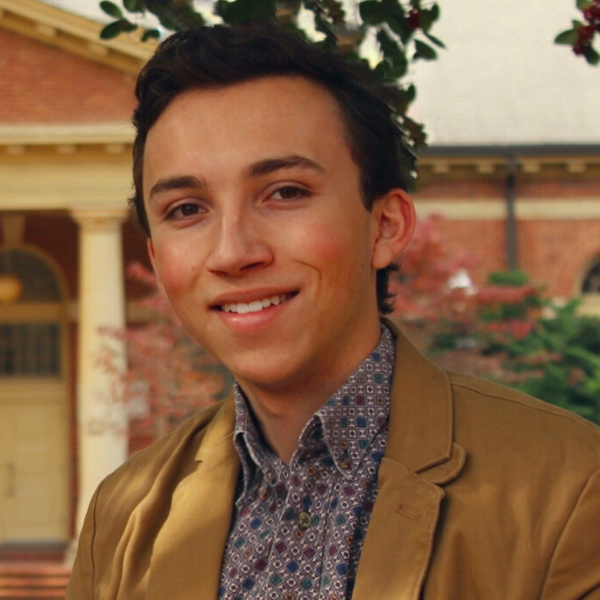 Mattison is a graduating senior in Mechanical Engineering. He has been very involved in campus life and student leadership for my entire undergraduate career. Mattison founded The Space Initiative during his freshman year, which is now known as the NC State chapter of Students for the Exploration and Development of Space. In addition, he has served as President of Pi Tau Sigma (the Mechanical Engineering Honor Society), President of the NAE Grand Challenges Scholars Council, and as team lead for the Engineering Ambassadors. Mattison is also a Goodnight Scholar and National Academy of Engineering Grand Challenges Scholar and has served in leadership roles for both programs.

Mattison has worked with Dr. Andre Mazzoleni in the Engineering Mechanics and Space Systems Laboratory for nearly three years. He has largely done mechanical design for an ongoing high-altitude balloon controllability experiment, as well as supporting design for other aspects of that project. This work led to him being selected as a North Carolina Space Grant Undergraduate Research Fellow and receiving a Duke Energy Research Award. In seeking out unique research opportunities across the university, Mattison began working with planetary geologist Dr. Paul Byrne of the Marine, Earth, and Atmospheric Sciences Department to examine the ways engineers and scientists can collaborate on space exploration missions. He supported the creation of a new course which is now offered each Spring in which undergraduates and graduates from MAE and MEAS departments can work together on a space mission design proposal. He has also continued to work with Dr. Byrne on an ongoing research project to investigate the atmosphere and surface characteristics of Venus.

In the Spring of 2019, Mattison worked on the Crew Mission Management team at SpaceX to certify the new Dragon spacecraft for the first flight of Astronauts from American soil in a decade coming up this May. He has also done research and development with Rockwell-Collins and worked as a student trainee for the United States Department of Defense. Following graduation, he plans to return to the Dragon team at SpaceX until furthering his education at Stanford University in the fall. 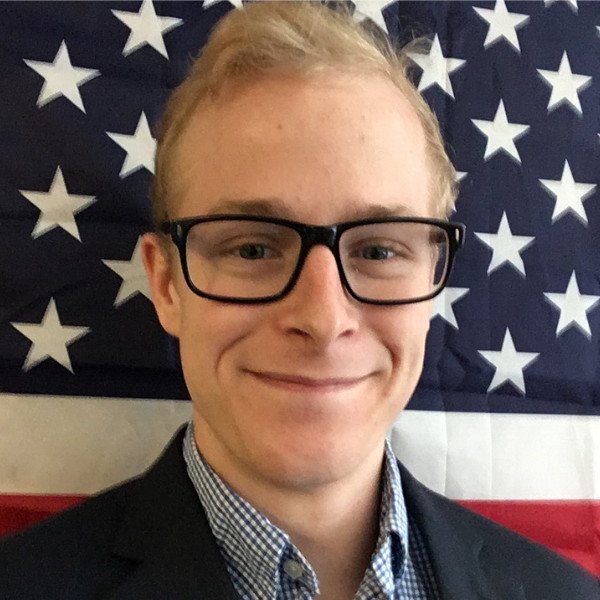 James Reed recently completed his Bachelor’s Degree in Mechanical Engineering from NC State in December of 2019 and is now pursuing a Ph.D. in the department. Reed has exhibited an avid interest in renewable energy and energy efficiency, which initially lead him to intern for two summers with the electric vehicle company Rivian Automotive, then subsequently led him to join Dr. Chris Vermillion’s Control and Optimization for Renewables and Energy Efficiency (CORE) Lab, beginning in the summer of 2019.

In his time in the lab, Reed has been working on a project sponsored by the Department of Energy to develop energy-harvesting undersea kites. As a part of this project, he helped to develop a baseline flight controller for the kite, in addition to methods for simulating and optimally controlling the kite in realistic ocean flow fields that incorporate turbulence and waves. Additionally, he has been working closely with the North Carolina Coastal Studies Institute to perform a control co-design study for an autonomous underwater vehicle with a deployable energy-harvesting undersea kite.

Reed has had three peer-reviewed publications accepted at top control conferences (with first-authored publications accepted to the American Control Conference and IFAC World Congress, along with a co-authored publication accepted to the IFAC World Congress). He believes that The NSF Graduate Research Fellowship will allow him to continue to pursue his research in the area of optimal control of energy-harvesting systems. Reed will be focusing specifically on addressing fundamental challenges and opportunities that arise when performing periodic optimal control within spatiotemporally varying environments that are characteristic to renewable energy systems. 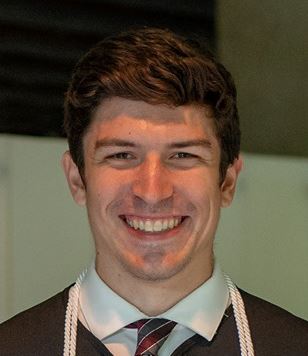 Andrew Rocco began his Ph.D. program at NC State this past fall after completing his Bachelor’s degree in Physics at DePaul University and in Mechanical Engineering at Illinois Tech in 2019.  He has an avid interest in composites and high strain rate mechanics, which first drew him to the department’s Composites in Extreme Environments summer REU in 2017. Here he met his current advisor, Dr. Mark Pankow, and returned the summer of 2018 to continue undergrad research in Dr. Pankow’s BLAST Lab. His passion for the lab’s work and connection to active defense projects in composites pushed his commitment to State for graduate school.

In his time with the BLAST Lab, Andrew contributed mainly to a project sponsored by Army Research Labs to develop a shape sensing method using fiber Bragg gratings in order to measure the back face deformation of soft body armor shot by 9mm bullets.  Another project he’s been involved with at State is evaluating the effects of lightning strikes on thin aircraft composites. That project is headed by one of BLAST lab’s other grad students.

Andrew has had one peer-reviewed publication. This stemmed from his work on the lab’s body armor shape sensing project, and he presented his work at the SAMPE 2018 conference. His NSF Graduate Research Proposal outlined the creation of an energy flux model for impact loaded composites that would bridge the current gap between existing composite impact models restricted to high velocity or low-velocity impact regimes.