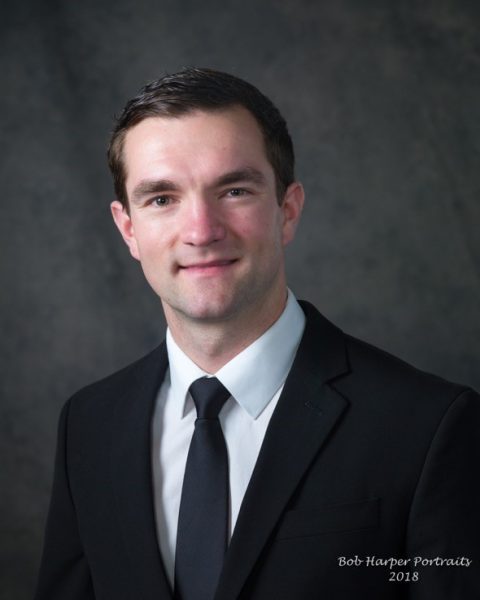 NC State Alumnus Tyler Hudson has earned the Robert A. Micheltree Engineer of the Year Award.

The Robert A. Mitcheltree Young Engineer of the Year Award is an annual award through the AIAA Hampton Roads Section (HRS) that recognizes one member for distinguishing himself or herself in some facet of aerospace engineering practice as a young professional. The Award Selection Committee judged each candidate on their technical accomplishments in the past 2 years, leadership, service to professional societies/community service, and awards. The Young Engineer of the Year is honored at the AIAA HRS Annual Awards Banquet. In addition, he/she is nominated by AIAA HRS for both the local Peninsula Engineer Council’s annual young engineer award (Doug Ensor Award) and the national AIAA young engineer award (Lawrence Sperry Award).

The AIAA HRS Young Engineer of the Year Award is named after Dr. Robert A. Mitcheltree. Dr. Robert A. Mitcheltree received his bachelor’s, master’s and doctoral degrees from N.C. State University, Raleigh, N.C. He joined NASA Langley as a civil servant in 1989, working in the Aerothermodynamics Branch and Exploration Engineering Office. He moved to California in 2001 to work at Jet Propulsion Laboratory. He was 44 years old when his life ended tragically in an automobile accident in 2006. His contributions to robotic planetary exploration are immense. He was a major player in the design and development of the Mars Pathfinder, Mars Microprobe, Stardust, Mars Exploration Rover (MER), and Mars Sample Return projects..

In January 2013, Dr. Tyler Hudson began graduate school under the advisement of Dr. Fuh-Gwo Yuan at North Carolina State University and graduated with a M.S. in Mechanical Engineering in May 2014. At this same time, he moved to Hampton Roads, VA, to continue his research at NASA Langley Research Center and the National Institute of Aerospace (NIA). He earned a Ph.D. in Aerospace Engineering in December 2017. From December 2017 to March 2018, he worked as a Research Engineer at the NIA. In March 2018, he joined the Advanced Materials and Processing Branch at NASA Langley Research Center as a Materials Research Engineer. His research has focused on the manufacturing, processing, structural health monitoring, and nondestructive evaluation of advanced aerospace composite structures. Dr. Tyler Hudson has made significant technical contributions to NASA projects within the Aeronautics Research Mission Directorate (ARMD) and Space Technology Mission Directorate (STMD). Dr. Hudson has been the first author of four peer-reviewed journal papers (three published and one under review) and three papers published in conference proceedings and co-author on three more. In addition, he is the first inventor on two non-provisional patent applications and one provisional patent application filed at the United States Patent and Trade Office (USPTO).

Dr. Hudson currently serves as Chair of the Hampton Roads Section (HRS) of the American Institute of Aeronautics and Astronautics (AIAA). He has previously served as Vice-Chair and Treasurer. He volunteers at many of AIAA HRS STEM/K-12 and Young Professionals outreach events. He previously served on the advisory board for the Langley Emerging and Advancing Professionals (LEAP) employee resource group. In addition, he leads volunteer groups in his church and community.