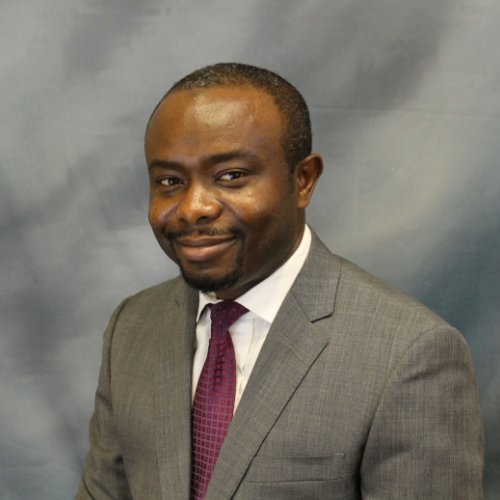 Dr. Felix Ewere recently earned a patent for an airflow sensor that mimics protuberances on a humpback whale flipper. The self-sufficient sensor can be used to monitor wind velocities in difficult and hard to access areas to warn about potential storms and hurricanes.

A flow of air induces vibration of a tip of an airflow sensor. A cantilever coupled to the tip vibrates as the tip is displaced, and a piezoelectric element associated with the cantilever generates an electrical signal in response to mechanical stress or strain induced by vibration of the cantilever. A control element that is in communication with the piezoelectric element of the cantilever receives the electrical signal and derives at least one parameter indicative of the flow of air sensed by the sensor. The control element communicates or otherwise transmits an output signal that is indicative of the parameter to an output device to display sensor data to a user as desired.