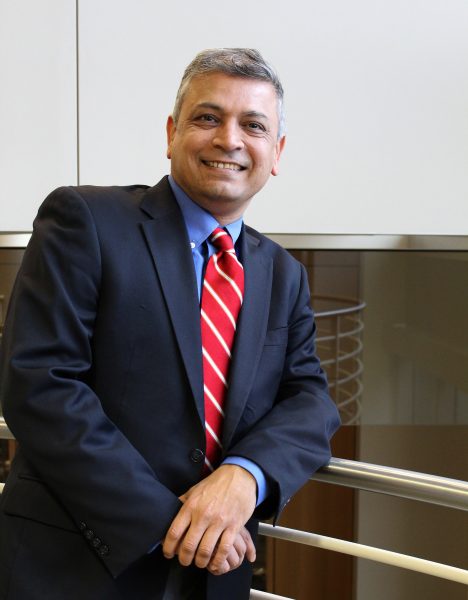 ASME Fellow Srinath V. Ekkad, Ph.D., R.J. Reynolds Professor and head of the department of mechanical and aerospace engineering at North Carolina State University, was recently named the new editor of the ASME Journal of Thermal Science and Engineering Applications.

Dr. Ekkad had previously served as the Rolls-Royce Commonwealth Professor for Aerospace Propulsion Systems in the department of mechanical engineering, the associate vice president for research programs and the director of the Rolls-Royce University Technology Center for Advanced Diagnostics at Virginia Polytechnic Institute and State University. Ekkad’s research, which focuses on thermal management, energy concepts, propulsion and advanced system diagnostics, has been supported by a number of government agencies and companies including the National Science Foundation, the Department of Energy, GE, Honeywell, Rolls-Royce, Siemens and Toyota. He has published more than 90 articles in peer-reviewed journals, contributed to four book chapters and is the author of the book, Gas Turbine Heat Transfer and Cooling Technology. Ekkad, who is a member of the ASME K-14 Gas Turbine Heat Transfer Committee, was named an ASME Fellow in 2010 for his general research contributions to the field of heat transfer, and for the development of 2-D, high-resolution surface heat transfer measurements in gas turbine engine systems in particular. He was the recipient of the ASME Bergles-Rohsenow Young Investigator Award in Heat Transfer Award in 2004. Ekkad received a B.Tech. degree in mechanical engineering from Jawaharlal Nehru Technological University in India in 1989, a master’s degree in mechanical engineering from Arizona State University in 1991, and a Ph.D. in mechanical engineering from Texas A&M University in 1995.