North Carolina State University’s Mechanical and Aerospace Engineering Department was recently awarded $1.9 million from the U.S. Department of Energy’s Office of Energy Efficiency and Renewable Energy (EERE) to develop and prototype ocean kite technology that can harvest vast amounts of marine hydrokinetic (MHK) energy using an order of magnitude less material than other MHK concepts. The project will be led by NC State and will bring together researchers at the University of Maryland, North Carolina Coastal Studies Institute, and Florida Atlantic University. At NC State, the project is led by principal investigator (PI) Chris Vermillion, with Andre Mazzoleni and Kenneth Granlund serving as co-principal investigators. All three faculty are part of the Department of Mechanical and Aerospace Engineering. Outside of NC State, the project is supported by Hosam Fathy (University of Maryland), Mike Muglia (NC Coastal Studies Institute), and Gabe Alsenas (Florida Atlantic University). 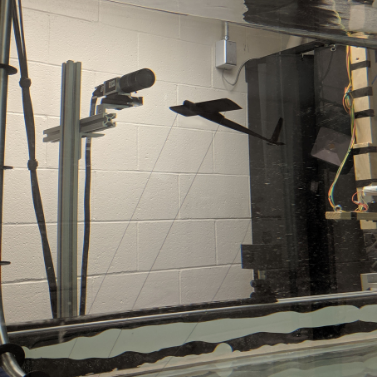 The main idea of the ocean kite technology centers around the use of a high lift/drag wing (the “kite”), which is tethered to the seabed or fixed floating platform and flown in high-speed figure-8 or circular cross-current patterns. The high lift/drag ratio is what enables very high cross-current velocities relative to the current speed, in addition to large tether tension, which drive a generator on the platform either in spool-out/spool-in or circular motion. The end result is that the flow speed “seen” by the kite, termed the apparent flow speed, can exceed the current speed by five or more, resulting in tremendous power from a very small wing. As PI Chris Vermillion puts it, “the energy available through ocean currents such as the Gulf Stream and other tidal resources is tremendous, but the bulkiness of existing technologies drives capital costs beyond the point where these systems are economical. The ocean kite concept replaces a bulky generator with a much smaller kite and a sophisticated control system to maintain stability and maximize power output.” The technology will initially be targeted toward maritime markets, such as oceanographic observation, navigational aids, and autonomous underwater vehicle recharging, with longer-term applications at utility scale. 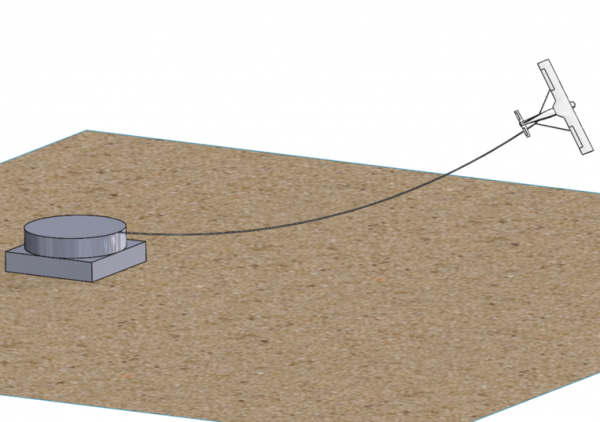 The team brings significant expertise in the dynamics and control of tethered energy systems. Vermillion has spent nearly a decade studying tethered energy systems for wind and MHK applications, previously serving as a lead engineer for Altaeros, Inc., who flight tested two full-scale tethered wind energy systems. Vermillion also received a CAREER Award and several other NSF awards to study these systems. Mazzoleni and Granlund have worked on the design of tethered co-axial turbines for several years. Fathy has collaborated with Vermillion on the periodic optimal control of tethered systems flying crosswind and cross-current flight. Muglia and Alsenas, in their respective leadership roles at the NC Coastal Studies Institute and Southeast National Marine Renewable Energy Center, bring tremendous oceanographic and MHK expertise to the team. The ocean kite project will leverage all of this past work and will result in a series of prototype tests of the ocean kite system – beginning with water channel testing, followed by pool-based tow testing, followed finally by open water tow testing. As Vermillion notes, “the team has been developing control algorithms for kite-based energy systems for a considerable time now. This project will provide the resources necessary to bring those control algorithms to life through tangible prototypes, ultimately pushing the technology significantly closer to commercialization.”

A full list of awardees for this DoE program is available at https://www.energy.gov/articles/us-department-energy-awards-25-million-next-generation-marine-energy-research-projects.