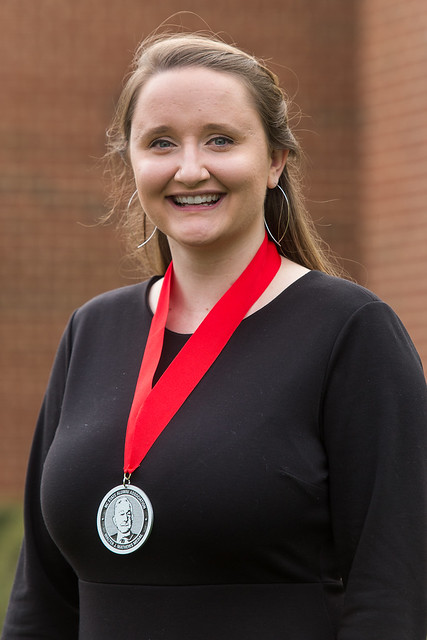 Errico is a first generation student from Shelby, North Carolina double majoring in Mechanical and Aerospace Engineering. In her time at NC State, Errico has served on the Student Conduct Board, was elected Student Body Chief Justice, and then Student Body President in her final year. Errico also served as the student representative on the Board of Trustees and Chairwoman of the NC Council of Student Body Presidents.

Named after Walter J. Mathews, the Mathews Medal has been awarded since 2006 by the Alumni Association Student Ambassador Program. The award is the highest non-academic distinction awarded to students at NC State, recognizing seniors who have served as student leaders and contributed to the university.

Errico will also be the student speaker for the upcoming Mechanical and Aerospace Engineering graduation ceremony on Thursday, May 9, 2019.