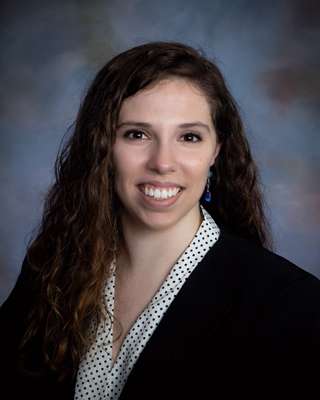 During her time at NC State, Carly participated in a number of sustainability and renewable energy initiatives, such as her Solar Spring Break trip in which she traveled to California to construct solar panels. Her interest in renewable energy led her to work in Dr. Chris Vermillion’s Control and Optimization for Renewables and Energy Efficiency (CORE) lab, where she conducted summer research in control of airborne wind energy systems, specifically experimental validation of these control systems under time varying, uncertain conditions simulated in a lab scale water channel environment. As the lab was originally situated at UNC Charlotte, she went on to aid in the transition of the lab to NC State the following semester, and worked closely with the CORE lab to commission a new experimental setup to be placed in Dr. Kenneth Granlund’s water channel.

For the NSF GRFP, Carly proposed a novel framework for iterative learning‐based economic optimal control in spatio-temporally varying, uncertain conditions. This framework has specific implications for airborne wind energy systems that execute periodic energy‐augmenting flight, along with a host of other dynamical systems that execute periodic motions in changing environmental conditions. Through her work with Dr. Vermillion and the CORE lab, she also discovered a love for dynamics and control, and will be continuing her academic career within this field of study. 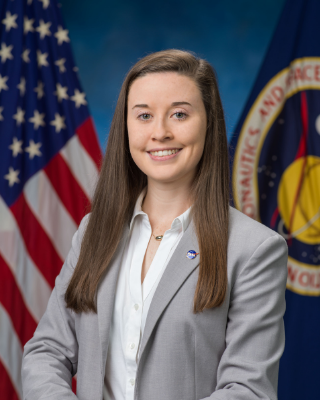 Madison Maloney is a graduating senior in Aerospace Engineering from Greenville, NC. Throughout her time at NC State, Madison has served as Treasurer and subsequently President of Sigma Gamma Tau (Aerospace Engineering Honor Society), Student Government Director of Athletics and Student Senator, the Student Body representative on the Council on Athletics, an Engineering Ambassador, and a member of the Park Scholarships Class of 2019 Legacy Committee. She is a two-time Astronaut Scholar, Barry M. Goldwater Scholar, Coca-Cola Scholar, Park Scholar, NC Space Grant Scholar, member of the University Honors Program, and graduate of the NC State Leadership Development Program. Madison is heavily involved in STEM outreach, having spoken to several middle school and high school groups, worked at STEM events, mentored students, and volunteered at rocket launch events. She also holds a private pilot license.

Madison has been involved with research on system evolvability in the System Design Optimization Lab at NC State under the advisement of Dr. Scott Ferguson, focusing on systems such as the International Space Station, CubeSats, and dart guns. She has also conducted research at NASA Langley Research Center focused on guided wave cure monitoring for composite aerospace materials under the advisement of Dr. Tyler Hudson. As an intern at the NASA Johnson Space Center, she performed thermal analysis and testing for the heat shield and windows of the Orion spacecraft. Madison is a co-author of two journal publications under review and has presented her research at the National Conference of Undergraduate Research, NASA Langley Research Center, the Astronaut Scholars Technical Conference, and NC State. She has received research funding from the North Carolina Space Grant Consortium, a National Science Foundation sub-award, and the NC State Department of Mechanical and Aerospace Engineering. 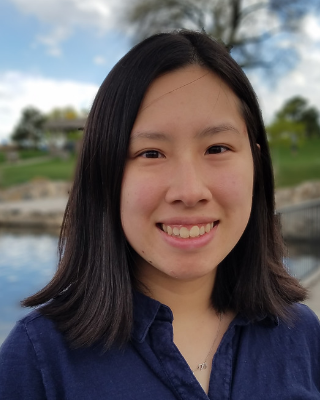 Ashlee Liao is currently completing a post‐baccalaureate at Los Alamos National Laboratory and recently graduated from NC State in December 2018 with a Bachelor of Science in Mechanical Engineering and a Bachelor of Science in Biological Sciences, Human Biology concentration. Her passion for engineering, physics, and biology led her to pursue research with Dr. Katherine Saul in the Movement Biomechanics Lab (MoBL) where she studied the movement strategies of a high‐ speed guitarist and scaled an adult computational musculoskeletal model of the upper limb to represent pediatric cases. For the NSF GRFP, Ashlee proposed to delve deeper in investigating musculoskeletal development by creating an extensive database of pediatric muscle parameters and designing a new computational model focused on the pediatric musculoskeletal system. This has potential impacts in expanding the understanding of force production on in developing muscles and treatments that are more effective for children. In addition on to her biomechanics research experience and invaluable mentorship from Dr. Saul, Ashlee’s enthusiasm to seek where the intersection on of biology and physics lies has led her to pursue a PhD in Mechanical Engineering at Carnegie Mellon University starting Fall 2019.

The new awardees were selected from more than 12,000 applicants and come from all 50 U.S. states, as well as the District of Columbia and U.S. territories. Honorable mention recognition went to 1,540 individuals.

GRFP provides three years of financial support within a five-year fellowship period — $34,000 annual stipend and $12,000 cost-of-education allowance to the graduate institution. That support is for graduate study that leads to a research-based master’s or doctoral degree in a STEM field.