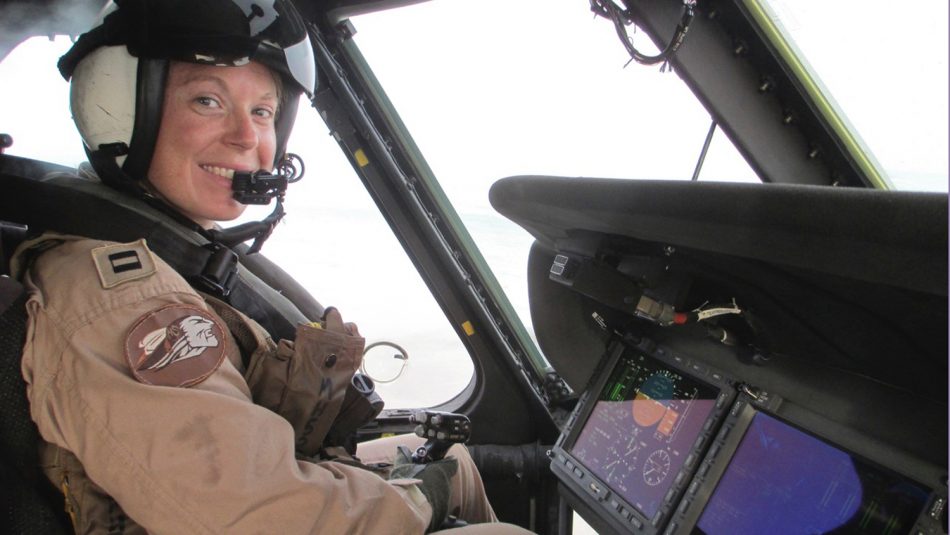 When it came time for Mary Hesler — a lieutenant in the U.S. Navy — to choose a master’s degree program, she needed an option that would not slow her down.

In more than nine years of service, the accomplished helicopter pilot has already journeyed throughout the country and far beyond.

She has bounced between five states since graduating with distinction from the U.S. Naval Academy in 2009. Her first semester at NC State even included a stop in Mungyeong, South Korea, where she competed as a member of the United States’ sailing team during the sixth-annual Military World Games.

This December, earning her master’s degree in aerospace engineering from NC State marks another milestone in a fast-paced career.

The convenience of distance education wasn’t the only benefit for Hesler. She was also joining a top-tier program. In fact, Best College Reviews recently named NC State’s online master’s in aerospace engineering among the ten best programs in the nation.

Though Hesler originally earned her undergraduate degree in mechanical engineering, her flight experience in the Navy sparked a newfound interest in aerospace engineering.

“Luckily, the [mechanical and aerospace] programs at NC State are closely related, which made it nice,” she said.

She counts her classes with Professor Ashok Gopalarathnam on airfoil theory, wing theory and applied aerodynamics among her favorites.

“He was able to clearly explain the material and provide real-world application.”