Members of the American Society of Mechanical Engineers Student Section(ASME) traveled to the 2016 International Mechanical Engineering Congress and Exposition (IMECE) in Phoenix, AZ November 11-14 to compete in the Student Design Competition. There were 20 other student teams from around the world at the competition. The NCSU team was lead by Tucker Daniels. The team members were: Stephanie Meyer, Bennett Meyer, Benjamin Watson, Harrison Kesling, Josh Sharpe, and Ethan Edwards. The goal of this year’s project  was to design and build a machine that would form and then eject a paper projectile. The score was based on distance traveled by the projectile divided by the volume of the machine.  Our team turned in a respectable 5th place overall. The photos show the team  and the machine. 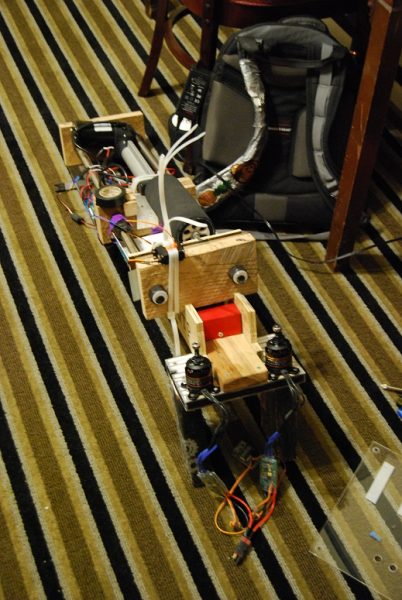 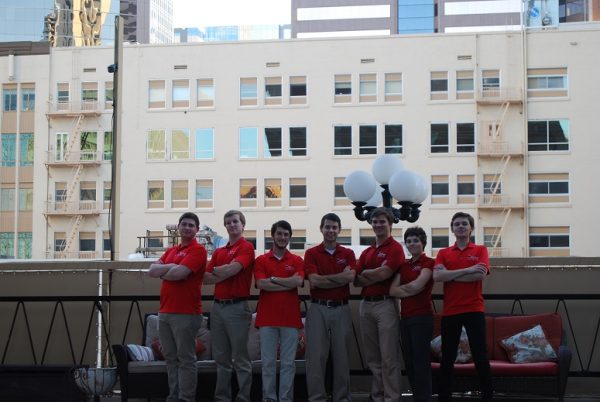