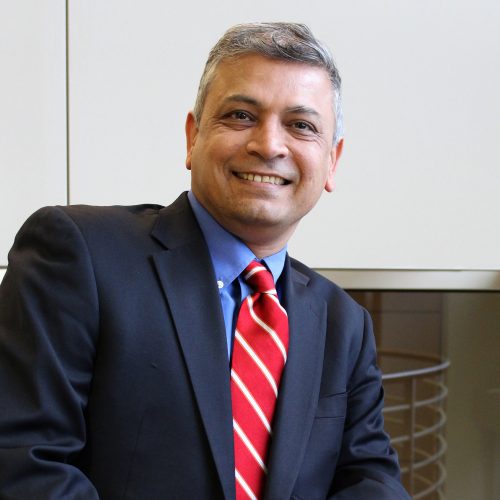 Established in 1959 as a divisional award and elevated to a society award in 1974, the ASME Heat Transfer Memorial Award is given to individuals who have made outstanding contributions to the field of heat transfer through teaching, research, practice, design, service, leadership and invention.

To win the award in the general category, one must provide extensive service to the mission of the ASME Heat Transfer Division (HTD) and its community. This service is measured in exemplary volunteer leadership positions in HTD and ASME such as serving as an editor or associate editor of an ASME heat transfer journal. Dr. Ekkad currently serves as Editor-in-Chief of the ASME Journal for Thermal Science and Engineering Applications.

Other metrics of one’s service to ASME include serving in a proactive role in technical sessions at national and international conferences; playing an impactful role in cross-division, cross-segment, and cross-sector activities of ASME and HTD; displaying leadership in student and early career mentoring, especially with heat transfer and ASME related activities; and publishing nationally and/or internationally recognized and impactful heat transfer textbooks, monographs or handbooks.

Dr. Ekkad will receive the award not only for his service as an ASME journal editor, but also for the promotion of community education and engagement through the co-authoring of a textbook, conference organization, and for pioneering applications of experimental methods in gas turbine heat transfer.

In late October, Dr. Ekkad will travel to Columbus, Ohio for the 2022 ASME International Mechanical Engineering Congress and Exposition to attend the Heat Transfer Luncheon and receive the award.

Thank you Dr. Ekkad for representing MAE, the College of Engineering and NC State University at an international level, and congratulations the recognition of your exceptional service to the ASME community.