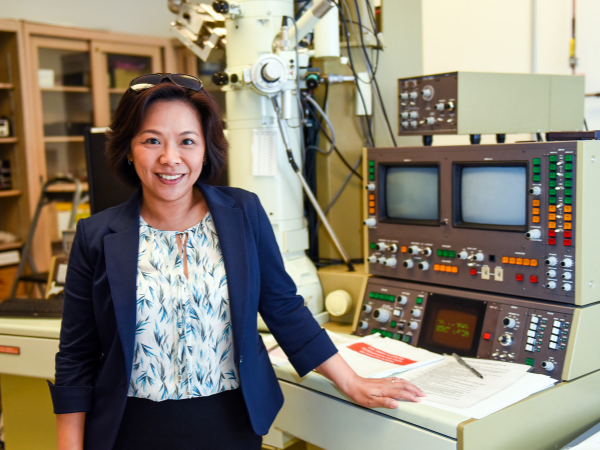 On July 2, Hsiao-Ying Shadow Huang was named a recipient of the 2019 Presidential Early Career Award for Scientists and Engineers (PECASE) by President Donald J. Trump.

The PECASE award recognizes outstanding scientists and engineers who, early in their careers, show exceptional potential for leadership at the frontiers of knowledge. It is the highest honor bestowed by the U.S. government on scientists and engineers beginning their independent careers. Established by President Clinton in 1996, the awards are coordinated by the Office of Science and Technology Policy within the Executive Office of the President. Awardees are selected on the basis of two criteria: Pursuit of innovative research at the frontiers of science and technology, and a commitment to community service as demonstrated through scientific leadership, public education, or community outreach. Winning scientists and engineers receive up to a five-year research grant to further their study in support of critical government missions.

Dr. Huang has diverse training in mechanics, materials science and biomechanics. Her research group aims to contribute to the development of the next generation of energy materials, such as advanced lithium batteries. Dr. Huang’s research also focuses on the understanding of the tissue-cell interactions in biological materials.

Dr. Huang is among 315 recipients announced by the White House on Tuesday, in addition to two other recipients from NC State. She joined NC State in 2010 and was promoted to Associate Professor in 2016. She is the Associate Director of the Analytical Instrumentation Facility at NC State and also a recipient of the NSF CAREER award (2016).